The Woodmere Club To Be Honored at MGWA Awards Dinner

The Woodmere Club To Be Honored at MGWA Awards Dinner 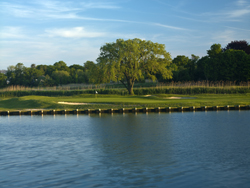 ELMSFORD, N.Y. (June 11, 2012) — The Woodmere Club has been selected to receive the prestigious Club of the Year Award from the Metropolitan Golf Writers Association at their 61st National Awards Dinner to be held on June 19th at the Hilton Westchester in Rye Brook, New York. The Woodmere Club is marking its 100th anniversary this year.

The Woodmere Club is the ninth Long Island club to earn this honor and it joins a distinguished list of Met Area clubs that have been given the MGWA’s Club of the Year Award. The award is presented to a Metropolitan area club “for upholding the spirit and traditions of golf through energetic support and consistent dedication to the game.” Baltusrol Golf Club in Springfield, N.J. was the first recipient in 1980, and Metropolis Country Club in White Plains, N.Y. won last year.

The MGWA’s National Awards Dinner is the largest (and longest-running) golf dinner held annually in the U.S. All of golf’s governing bodies actively support the dinner—the USGA, PGA of America, LPGA, PGA TOUR and Champions Tour—and some 600 industry leaders and local golfers attend. Proceeds from the dinner are distributed to the Metropolitan (New York) area caddie scholarship programs and the MGA Foundation. More than $1.3 million has been raised over the years for the association’s charitable endeavors.