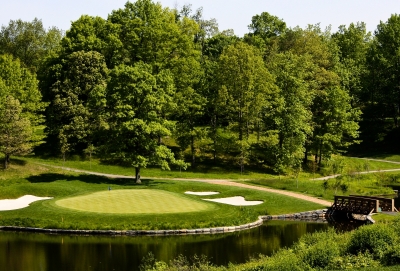 will be held Thursday and Friday, August 15 and 16 at Bedford Golf & Tennis Club in Bedford, N.Y. The match play-only championship consists of a starting field of 16 boys —competitors not yet 16 years of age who are students in good standing at an accredited school in the MGA district or who have playing privileges at an MGA member club.

Among the accomplished youngsters in this year’s field is Katonah, N.Y. native Bear Carlson. Carlson, who plays most of his golf at Bedford, is seeking his first MGA championship and will ride momentum after making it all the way to the quarterfinals in the Met Junior Championship at Fairview last month. Also looking for his first MGA win is Sam Goldenring Florham Park, N.J., the event’s oldest player at 15 years and six months.

Other players to watch for at Bedford include Jim Smoot Jr. of Huntington, N.Y., who is competing in his second consecutive MGA/MetLife Boys Championship. Smoot Jr. has been collecting valuable match play experience, as he narrowly missed winning this year’s Long Island Junior Championship (finished runner-up). The youngest player in the field, John Driscoll III of Ridgewood, N.J., will look to make a name for himself against his older competitors.

Other notable players coming into the championship include Brent A Ito of Ardsley, N.Y. and Isaac Henry Gorenstein of Nyack, N.Y., who played each other in the Met Junior (Ito won 6 and 5). Christian Cavaliere of Katonah, N.Y., Ryan Rodriguez of Highland Mills, N.Y., and Jake Trotta of Harrison, N.Y. are all past MGA championship competitors and will be in the field.

To emerge with the MGA/MetLife Boys title, the champion will have to win four matches over the course of two days and contend with the scenic but hilly terrain of Bedford, which has hosted the Boys every third year since 1989. The final field was determined at four sectional qualifying rounds held throughout the Met Area.

For complete coverage, which includes live scoring, videos and photos, please visit mgagolf.org and check for live updates on Twitter and Facebook.