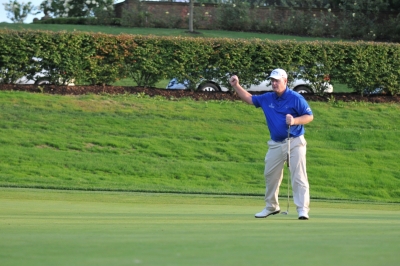 MetLife was complete, it was Mark Brown of Tam O’Shanter hoisting his second Open trophy and a $27,500 check (out of the $125,000 purse) at Old Westbury Golf and Country Club in Old Westbury, N.Y.

Brown’s three day total of 4-under (70-70-69) 209 was matched by 6-time MGA champion and amateur Cameron Wilson of Shorehaven, and a three-hole aggregate playoff would be needed to decide the MGA’s premier event.

Following a par on the first playoff hole (No. 10), Brown, 46, made a birdie on the par-3 17th and then a birdie on the par-4 18th to put an exclamation point on an impressive victory. Brown won his first Open at the Tuxedo Club in 1999 and is now just the 19th player in Open history to win it more than once.

“It’s unbelievable,” said Brown, the head professional at Tam O’Shanter in Brookville, N.Y. “The Met Open is so hard to win. To do it once is awesome, to do it a second time, I didn’t think it could happen. It’s really an honor to win this championship, it’s what everyone tries to achieve in this section.”

A bogey by Brown on the 18th in regulation gave 21-year-old Wilson, an extremely talented senior at Stanford University, needing a par to force a playoff. After his approach on 18 fell short into the deep front bunker, Wilson made a spectacular up-and-down in front of a large gallery to move on to extra hol 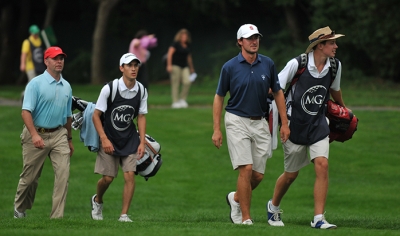 es. But it wasn’t to be for the two-time defending Ike champion.

“At the moment I’m pretty disappointed I didn’t win,” said Wilson, who also fell in a playoff to decide the Westchester Open earlier this summer. “It stings a little bit.”

Brown, who recently returned from the PGA Championship at Oak Hill, said he just wanted to put a few solid swings together on a few challenging playoff holes.

“The golf course is a very difficult golf course for those who haven’t played it,” Brown said. “You have to be very precise. And I was able to hit a lot of crisp iron shots this week.”

This was the third Met Open hosted at Old Westbury Golf and Country Club, a beautiful 27-hole facility that played to a par 71 of 7,020 yards for the final round. The course was in flawless condition all week, notably the greens that ran firm and fast despite two weather delays that took just over two hours. The tournament was contested on the Overlook and Woods nines.

Making his professional debut this week, reigning two-time MGA Player of the Year Mike Miller of Knollwood came out firing on Thursday and tied the championship low score of 4-under 67 (set Wednesday by amateur Sam Bernstein), which included a six hole stretch where he recorded four birdies. His total of 213 was good enough for third place, second place prize money ($15,000) and an exemption into next year’s championship (low 25 scores are exempt). 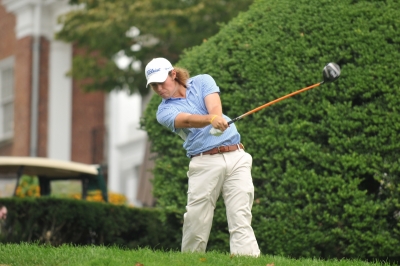 “I just started to let the putter go,” the 21-year-old said. “I felt great all day, all week really, but I started to make some nice putts.”

Ben Polland of Deepdale, who played alongside Miller, also had a fantastic final round, shooting a 2-under 69 to finish alone in fourth. 1987 champion Jim McGovern of White Beeches, former NJSGA Open winner Brett Jones of Mountain Ridge, two-time MGA champ and 16-year-old amateur Cameron Young of Sleepy Hollow, and first and second round leader Greg Bisconti of Saint Andrew’s all tied for fifth with totals of 216.

Thanks to dozens of championship and scoring volunteers, live hole-by-hole scoring was made available for the final 18 groups. Next year’s championship will be contested at Trump National Golf Club – Bedminster in Bedminster, N.J.