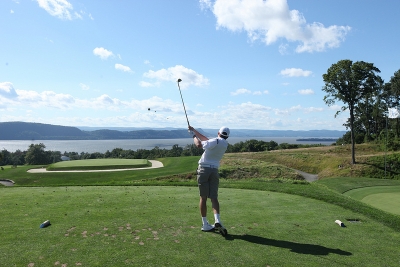 Tony Gil would have to share the individual medalist spot at 6-over 146 for the day. The other 146 came from Delaware State Golf Association Junior Boys Champion Ryan Rucinski who, identically to Gil, fired impressive rounds of 72 and 74.

Just missing out on another co-medalist spot was the MGA’s Vincent Palazzolo who shot rounds of 75 and 73 for an 8-over total of 148 to lead the defending champs. Also shooting 148 (73-75) was G.A. of Philadelphia’s Stephen Cerbara, coming off his Christman Cup victory in July, which was the 15-year-old’s G.A. of Philadelphia debut.