Top Talent Returns to Wykagyl for the Ike

Top Talent Returns to Wykagyl for the Ike

ELMSFORD, N.Y. (June 18, 2013) – Just as April fires up eager golf fans with the Masters, the month of June in the Met Area delivers a 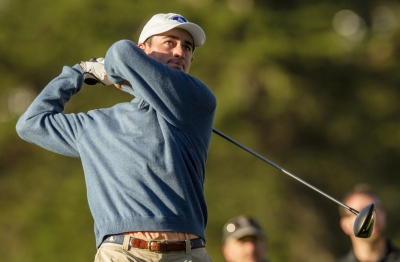 similar spark for followers of the amateur game with anticipation of the year’s first major. Storied Wykgayl Country Club in New Rochelle, N.Y. will host 109 of the area’s best players for the 58th Ike Championship on June 24 and 25.

For the seventh time (second most ever next to Tamarack and Whippoorwill), Wykagyl will be the site of the MGA’s premier amateur stroke play event. The Met Area’s top amateurs will challenge the fast, undulating par-72 (6,657 yards) Westchester County course for two days in this classic 54-hole event.

The field will be cut after 18 holes on Monday, and the final 40 competitors (plus ties) that advance will compete over 36 holes on Tuesday for the elite title. For the championship, the MGA will reverse the club’s routing so that players will conclude on what is normally the par-5 ninth hole.

The level of talent included in this year’s Ike could make it the most competitive and memorable in recent history, highlighted by 4-time MGA champion Cameron Wilson of Shorehaven. Wilson, who ran away from the field a year ago with an Atlantic Golf Club competitive course record 65 (7-under) in the second round, will be riding a wave of momentum following a highly successful junior campaign on the Stanford men’s golf team. The 20-year-old earned the team’s Most Improved Player Award and was selected to the All-Pac 12 second team.

Wilson said he’s not as familiar with Wykagyl as he is with other courses in the Met Area and will rely on a practice round and his experiences from the 2007 Met Amateur (lost in the quarterfinals to now Web.com Tour winner Kevin Foley). 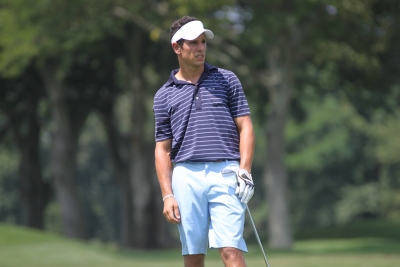 Challenging Wilson are several accomplished players that could all very well hoist the trophy where so many of the game’s legends have in the past. Two-time reigning Player of the Year Mike Miller of Knollwood is searching for his first MGA victory since the 2011 Met Amateur. Miller, along with Max Buckley of Westchester, Brian Komline of Black Oak, Cameron Young of Sleepy Hollow, and Joe Saladino of Huntington (all in the field), helped the MGA capture the 2013 Carey Cup for the first time ever on Irish soil back in April.

Buckley has to be one of the clear favorites heading into the championship, as the SMU graduate recently posted impressive victories at the NYC Amateur and Anderson Memorial at Winged Foot. Saladino has also gotten off to a spectacular start in 2013, already winning the renowned Richardson and Travis Invitationals on Long Island. Young, one of the top junior players in the country, has notched a runner-up in the Brae Burn Invitational and NYS High School Federation Championship on Bethpage Black. Komline, last year’s NJSGA Mid-Am winner, is one of the steadiest MGA competitors and is a constant threat in any tournament.

Adding even more depth to the field are Sam Bernstein of Century and Mike Stamberger of Spring Lake. Bernstein set Wykagyl’s amateur course record last year when he shot a stunning 8-under 64 in the second round of the Westchester Open, while Stamberger recently claimed 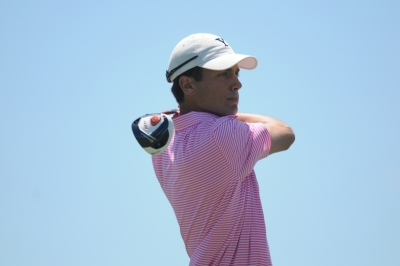 Players will not only compete for the individual title, but also for the Ike Team Championship, which is awarded to the two players from the same club that shoot the lowest combined score. It was captured the last two years by Shorehaven’s Cameron Wilson and now-pro Tommy McDonagh.

The Ike was first played in 1953 and was originally sponsored by the New York Daily News and regularly graced the front and back pages with the likes of the day’s biggest sports stories. The MGA purchased the rights in 1986 and it now annually garners the most entries of any individual championship the Association conducts.

A familiar MGA championship venue, Wykagyl has hosted a total of seven Ikes, two Met Amateurs, and two Met Opens. A classic design, the course’s five par threes are its strongest defense. But the five par fives should provide scoring opportunities and great late day dramatics, as three of them can be found on the back side.

A full media center with WiFi will be available for anyone wishing to attend and cover the championship. Live nine-hole scoring will be used for the first and second rounds, while live hole-by-hole scoring will be provided for the third and final round for every group, allowing fans to follow the action on the MY MGA app (for iPhone, iPad, and android devices) or computer.