ELMSFORD, N.Y. (June 4, 2015) - The Road to Chambers Bay continues with Sectional Qualifying, where U.S. Open hopefuls will compete through 36 holes at 10 sites across the United States, one in Japan and one in England. Those who can get through the grueling sectional stage will be on their way to the 115th U.S. Open Championship at Chambers Bay in University Place, Washington on June 15-21.

The MGA annually conducts a Sectional Qualifying Round, and in its final year of a three-year rotation between Westchester and New Jersey, the Sectional visits Century Country Club and Old Oaks Country Club in Purchase, N.Y., on Monday June 8.

A total of 71 players – 48 professionals and 23 amateurs–  will compete for four qualifying positions, and the field is filled with both local and national standouts. 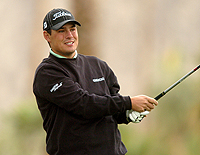 Returning to his former stomping grounds is Johnson Wagner, a former Garrison, N.Y., resident who now lives on Saint Simons Island, Ga. He is one of the most successful players to come out of the Met Area, and still holds the record as the only player in MGA history to complete a “Met Slam,” clinching all three MGA majors (Met Am, Met Open, and Ike) in the 2002 season. After his historic run, Wagner soon graduated to the PGA TOUR where he has since claimed three victories - the 2008 Shell Houston Open, 2011 Mayakoba Golf Classic, and 2012 Sony Open. This past April, Wagner nearly added a fourth victory to his resume at the Shell Houston Open. The 35-year-old is in search of his third U.S. Open appearance, the last coming at Oakmont in 2007 and the first at Shinnecock in 2004.

Two-time U.S. Open Champion Lee Janzen of Orlando, Fla., will return to Purchase for the second consecutive year in an attempt to qualify. Janzen, who hasn’t competed in the U.S. Open since 2008, won this year’s ACE Group Classic on the Champions Tour, and sits at 24th in the Charles Schwab Cup Standings. After missing out on a qualifying spot by just two strokes a year ago, Janzen hopes to conjure up some of the magic that once led him to two U.S. Open victories at Baltusrol in 1993 and Olympic in 1998.

A host of top club professionals in the Met Area will be making an appearance at Century and Old Oaks, including Fresh Meadow head 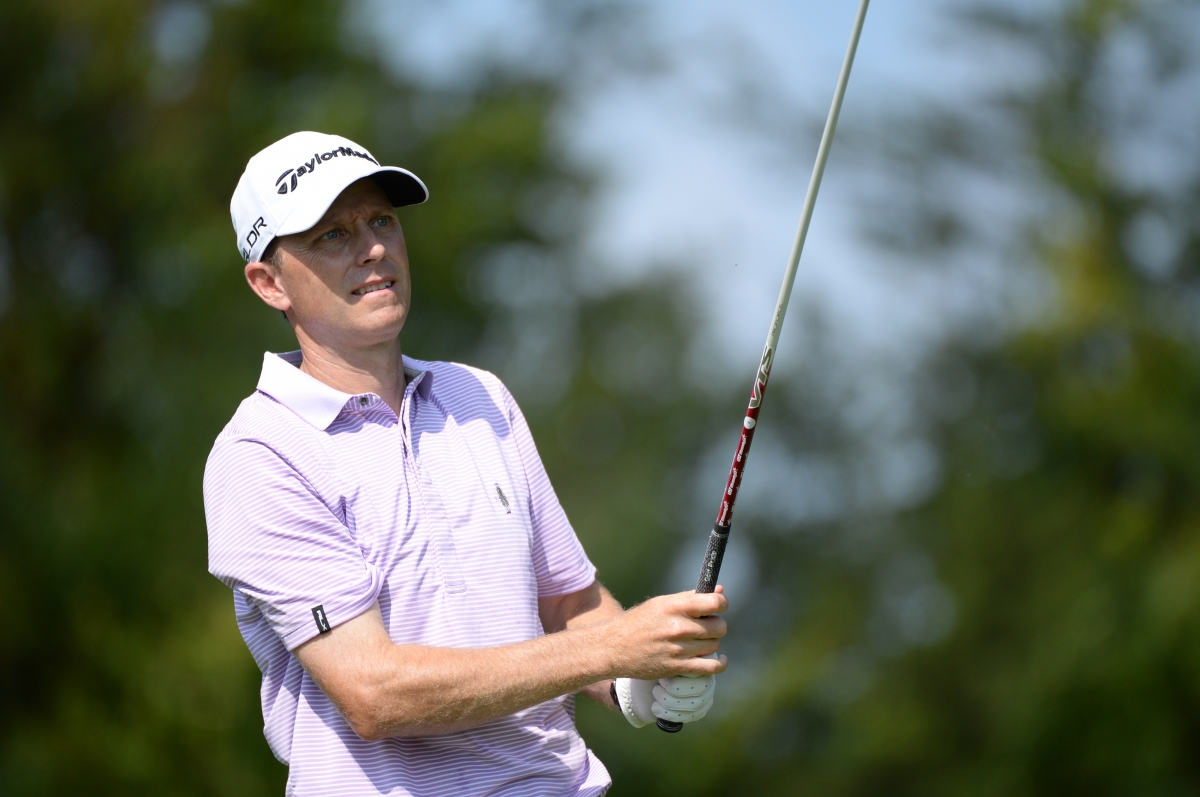 professional Matthew Dobyns of Lake Success, N.Y., who qualified in Purchase last year and competed at Pinehurst. Brian Gaffney of Darien, Conn., head professional at Quaker Ridge, hopes to qualify for his second U.S. Open in the last five years. Gaffney played at The Olympic Club in 2012 after qualifying at Canoe Brook. Joining them in the field is two-time Met Open Champion and Tam O’Shanter’s Mark Brown of Oyster Bay, N.Y. Brown has plenty of major championship experience under his belt, having played in four PGA Championships in his career (2000, 2001, 2006, & 2012). He hopes that experience has paid off and leads to an appearance at Chambers Bay.

Steve Scott of New City, N.Y., claimed a spot in this year’s Sectional Qualifier to try for his second U.S. Open appearance since 1996. Paramount’s head professional is well-known for his U.S. Amateur stand-off against a young Tiger Woods in 1996. Scott has played on the PGA TOUR, the former Nationwide Tour and was the number-one-ranked amateur in the U.S. in 1999.

Another Met Area standout, Mike Miller of Brewster, N.Y., is in search of his first trip to a U.S. Open in his young professional career. The two-time (2012, 2011) MGA Player of the Year earned status on the PGA Tour Canada (Mackenzie Tour) for the 2015 season and tied for 31st in the season’s first event this past weekend. Since turning pro in 2013, Miller has added a win at the 2014 N.Y.S. Open, as well as a top-five finish at the 2013 Met Open to his impressive career.

The 2014 MGA Player of the Year, David Pastore of Greenwich, Conn., joined Miller in last weekend’s PGA Tour Canada event and tied for 22nd. He returns to the U.S. for the Sectional and hopes his successful 2014 campaign carries over and leads to a trip to his first U.S. Open.

Some of the top amateurs in the country will be in the field this year, including four-time U.S. Mid-Amateur champion Nathan Smith of Pittsburgh, Pa. Smith, who has built one of the most impressive amateur resumes in recent years, is coming off a win in the inaugural U.S. Amateur Four-Ball Championship in May alongside teammate Todd White. Another top amateur is Michael McCoy of Des Moines, Iowa, who claimed the 2013 U.S. Mid-Amateur title after 13 stellar appearances in the event. He also competed in the 2014 Masters, the 2013 U.S. Amateur and U.S. Senior Open. 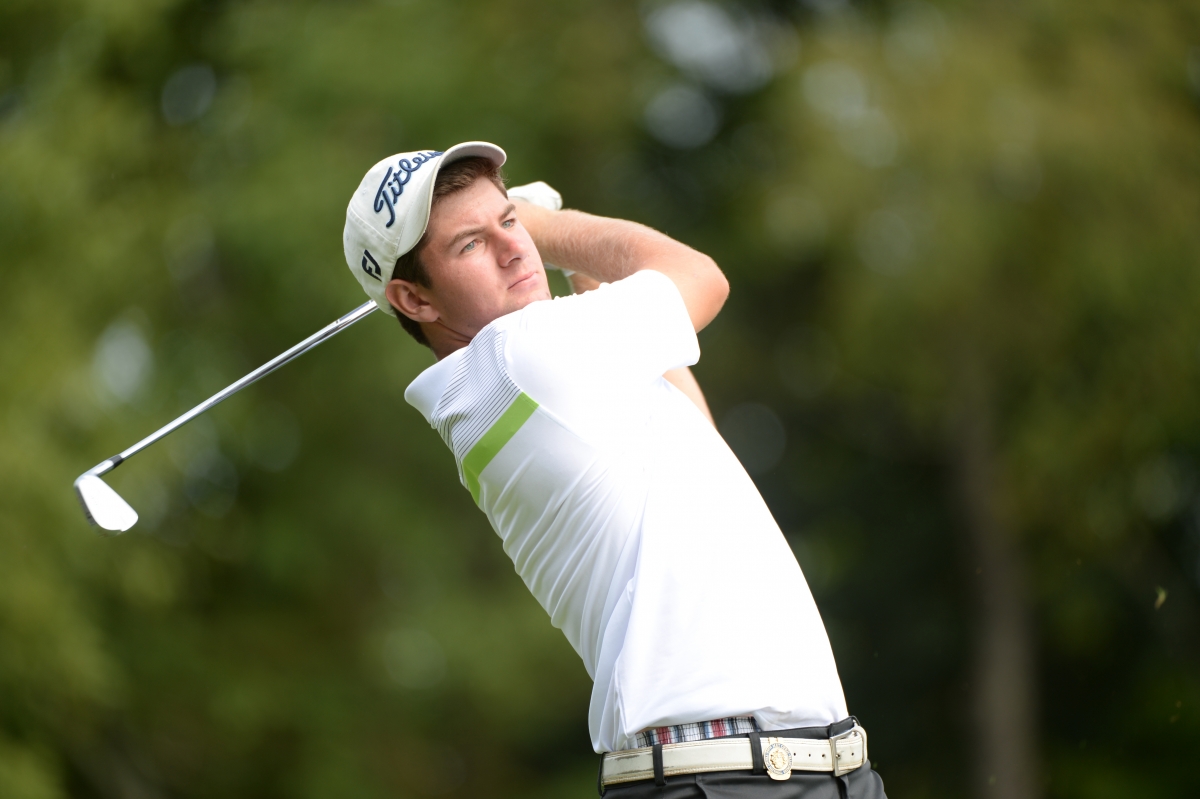 Junior phenom Cameron Young of Scarborough, N.Y., is no stranger to the national scene even at the young age of 18. Last season alone, he was an integral member of the winning 2014 Junior Ryder Cup team, competed in the U.S. Junior Amateur and made it to the quarterfinals the U.S. Amateur. Young was exempt through local qualifying due to his 2014 U.S. Amateur finish.

Amateur Trevor Randolph of Franklin Lakes, N.J., earned the final local qualifying spot at Montammy after three playoff holes. Randolph has a wealth of experience playing in National championships - just having competed in the inaugural U.S. Amateur Four-Ball and qualifying for the Round of 64 in the 2014 U.S. Mid-Amateur. University of Texas golfer Gavin Hall of Pittsford, N.Y., successfully advanced through sectionals in 2013 to play at Merion and returns to Purchase with hopes of doing the same.

Other professionals to watch out for include 2013 Met Amateur Champion Pat Wilson of Andover, N.J., who claimed the final qualifying spot after a par on the fourth playoff hole his local qualifying round. Kevin Ausserlechner of West Harrison, N.Y., who once worked at Century, hopes the course knowledge of his former course gives him any advantage possible.

On the national level, Old Oaks and Century will host a strong group of various Tour players including last year’s co-medalist Fran Quinn of Holden, Mass., and Skip Kendall of Windmere, Fl., who play on the Champions Tour, and Jamie Lovemark of Scottsdale, Az., who competes on the Web.com Tour.

A number of competitors will represent the Met Area at various other Sectional Qualifying sites across the country, including 2012 Met Amateur champion Ryan McCormick of Middletown, N.J., who will attempt to qualify in Washington at Tumble Creek Club. 2003 Met Open Champion Andrew Svoboda will play in Memphis, Tn., and fellow Met Area native Marc Turnesa is in the field at the Dallas, Tx., site.  Anthony Casalino of Yonkers, N.Y., assistant professional at Innis Arden, will play at the Columbus, Ohio site after getting in as alternate. Amateur Sean Kelly of Staten Island, N.Y., will play at The Bears Club in Jupiter, Fl. Morgan Hoffmann, originally from Wyckoff, N.J., is exempt into the U.S. Open after qualifying for the 2014 TOUR Championship.

The format is 36-holes of stroke play, with players playing one round at Old Oaks and one round at Century. The MGA will have a fully-staffed Media Center at Century, with a satellite center at Old Oaks. Media are required to check-in at Century and obtain credentials.

Live 9-and 18-hole scoring will be provided in the morning round, followed by live hole-by-hole scoring for every player in the second round.  Complete coverage, including scoring from other locations can be found on www.mgagolf.org and on our mobile app, My MGA.