UPDATED (May 12, 2015) - The round of 16 at the first-ever U.S. Women’s Amateur Four-Ball Championship at Bandon Dunes Golf Resort in Bandon, Oregon, will kick off today but without a Met Area team moving on. The inaugural event has been a success and the five Met Area duos had a strong showing, with two teams making the round of 32.

The sisters team of Camilla and Susana Vik of Greenwich, Conn., were the first Met Area team to punch their ticket into the match play with an outstanding two days of stroke play. The Viks carded rounds of 71 and 70 for a 3-under finish, which got them they 18th seed. They lost 4 & 3 in a tough match to the 15th seeded Abby Portyrata of Richmond, Va. and Lauren Greenlief of Oakton, Va.

Also in the match play round of 32 was the team of Tara Fleming of Jersey City, N.J., and Alicia Kapheim of Pennington, N.J, thanks to their 1-over stroke play total. Fleming and Kapheim grabbed the 28th seed and gave the 5th seeded team of Angel Yin of Arcadia, Ca. and Muni He of China all they could handle, but fell short, also losing 4 & 3. 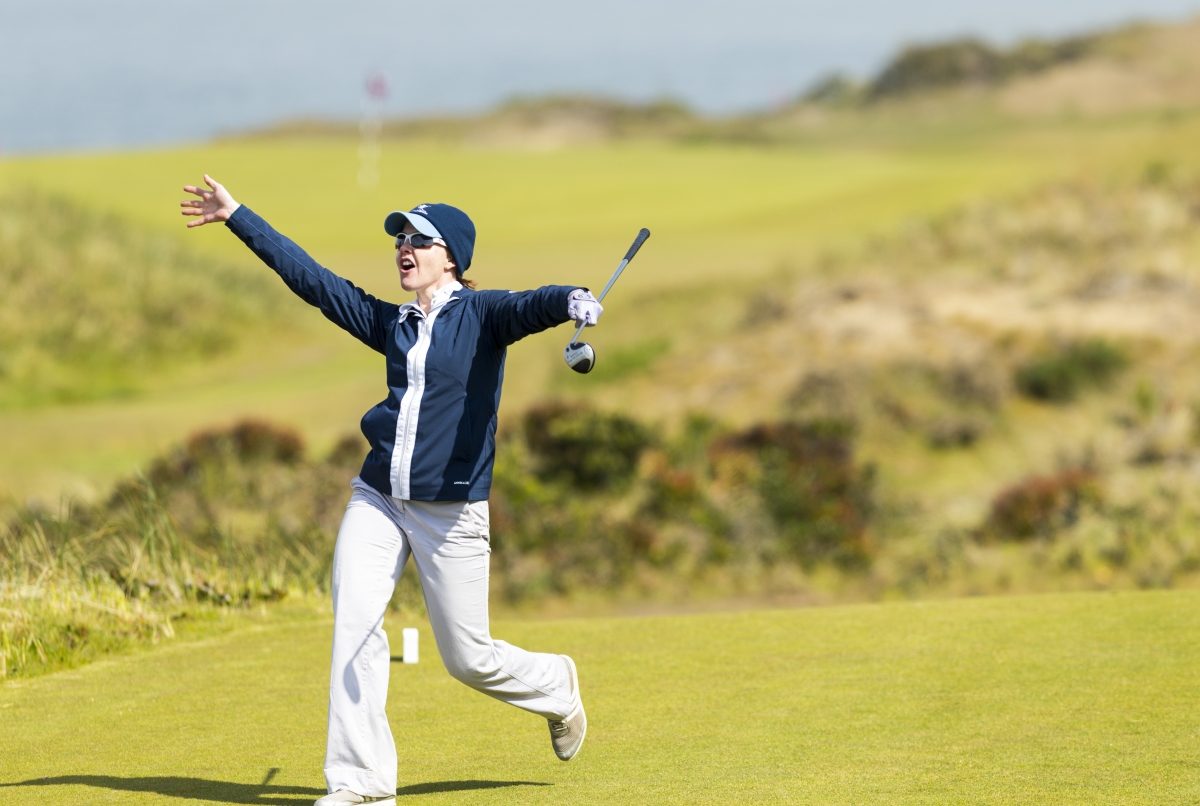 It was Marie Bos of New York, N.Y., who still found a way to make some noise in the stroke play round, despite not moving on to match play. Bos, teammate of Courtney Tincher of New York, N.Y., made a hole-in-one in the team's first round on 154 yard 10th hole.

UPDATED (May 11, 2015) - Five Met Area teams made their way to Oregon for the first-ever U.S. Women’s Amateur Four-Ball Championship at Bandon Dunes Golf Resort and two of them were able to play well enough to make it into the match play round of 32.

Also advancing was the team of Tara Fleming of Jersey City, N.J., and Alicia Kapheim of Pennington, N.J, who finished at 1-over par with rounds of 72 and 73, and earned the 28th seed. They will have a difficult match ahead, facing off with the 5th seeded team of Angel Yin of Arcadia, Ca. and Muni He of China. That match will tee off at 10:12 a.m. pacific time. 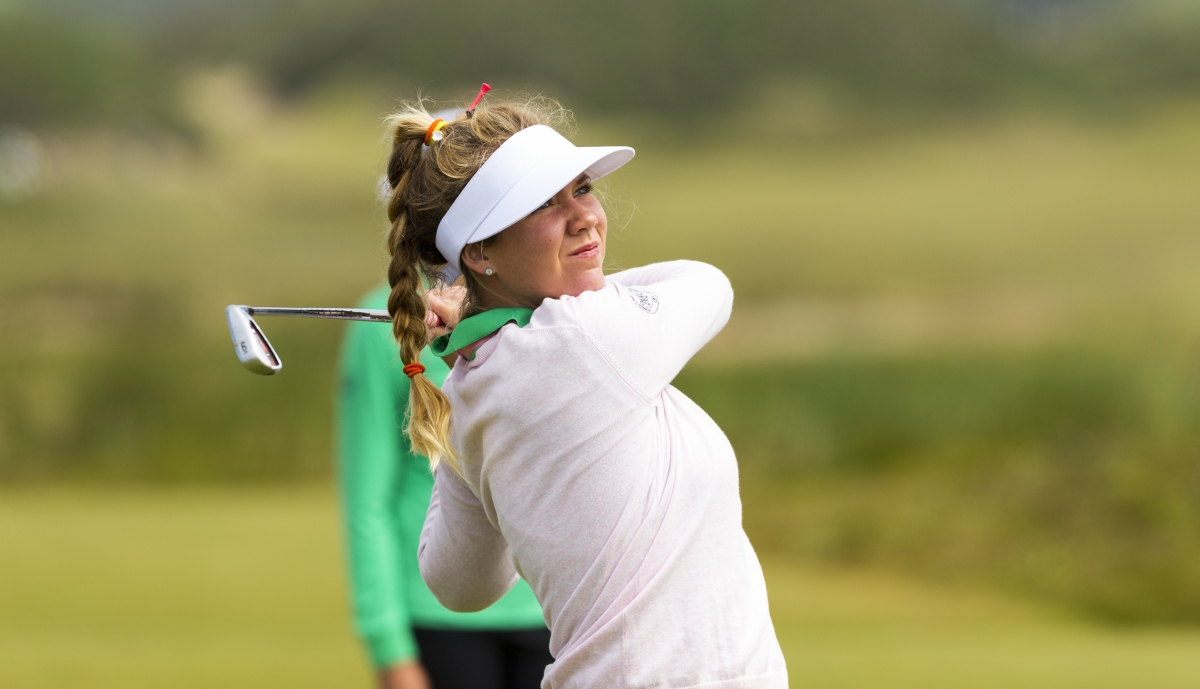 Just missing out of the match play round in a three team for two playoff was the team of Ellen Oswald of New City, N.Y., and Dani Mullin of West Islip, N.Y. After making par and advancing to a second playoff hole, they were unable to make a birdie to force a third hole and a chance at the match play. While the team of Courtney Tincher, now a NYC resident who grew up in Greenwich, and Marie Bos of New York, N.Y. weren't able to qualify, Bos was able to insert herself in the news. She made a hole-in-one in the team's first round on 154 yard 10th hole, and they carded a 4-over 76.

Follow the locals in the match play round by clicking here.

In 2014, the USGA announced the entry of both of these competitions to their 2015 season line-up. Just as the Men’s, the Women’s Four-Ball was met with much enthusiasm and it’s no surprise to us that some of the Met Area’s best will take on the Nation’s top women amateurs and be a part of such a significant event in USGA history.

Two teammates from the 2014 MGA/WMGA team in the French-American Challenge, Ellen Oswald of New City, N.Y., and Dani Mullin of West Islip, N.Y., teamed up again and finished as co-medalists in sectional qualifying in Orlando in March.

As consistently strong players in Met Area competitions, Mullin and Oswald also shine in team competitions. In the past two years, both players have fought their way to the top of the leaderboard in the MGA/WMGA Mixed Pinehurst Championship - Oswald becoming 2013 champion alongside Pat Wilson and Mullin finishing runner-up alongside teammate Rob Zuch after an 18-hole playoff last season. Oswald and Mullin not only have experience playing against each other, but they’ve played together at an international level when they represented MGA/WMGA in the French-American Challenge last season in France.

At a setional qualifying round at The Country Club on New Canaan in New Canaan, Conn., last September, sisters and teammates Camilla and Susana Vik of Greenwich, Conn., took home medalist honors and punched two tickets to Bandon Dunes. Camilla plays on the Columbia University golf team while younger sister Susana is a sophomore at Greenwich Academy where in addition to golf she plays varsity ice hockey and soccer. Both sisters have dual residency in the U.S. and Norway and have competed in the U.S. Girls' Junior Amateur as well as many European junior events.

Another Greenwich Academy grad (class of 2004), Courtney Tincher, now a NYC resident who grew up in Greenwich, will travel to Oregon with her teammate Marie Bos of New York, N.Y. Tincher and Bos originally finished as the first alternate team at the New Canaan qualfiier but have since been invited to join the fied. Tincher played in the 2014 U.S. Women's Mid-Amatuer and is a former Boston College golf team member. Both women work in the golf industry - Courtney as a sports consulatant for Wasserman Media Group and Bos as senior market research manger for Golf Digest.

Tara Fleming of Jersey City, N.J., and Alicia Kapheim of Pennington, N.J., will also represent the Met Area at Bandon Dunes. Fleming, a member of the victorious New Jersey team at the 2013 USGA Women's State Team Championship, is a regular competitor in national events. She played on the LPGA TOUR in the 1990s and is since a reinstated amateur. She was the 1994 recepient of the Mary Bea Porter Award from the Metropolitan Golf Writers Association. Her partner, Alicia Kapheim, is a team captain for the Women's Metropolitan Golf Assocoation. Fleming and Kapheim finished as the first alternate team at a qualifier at Somerset Hills Country Club and got into the field as late additions.

Alyssa Roland of New York, N.Y., and former Yale teammate Callie Kemmer of Washington D.C. also advanced through the Somerset HIlls qualfiier. In 2014, Roland earned herself experience with national championships when she competed in the U.S. Women’s Amateur and qualified into the Round of 32 in the U.S. Women’s Mid-Amateur Championship.

A total of 64 two-player teams will compete, with each playing their own ball throughout the round. Each team’s score will be determined using their better-ball score for each hole. After 36 holes of stroke-play qualifying, the field will be reduced to the low 32 teams for the match-play portion of the championship.

The 2015 Championship will be played at the resort’s Pacific Dunes Course, from May 9-13, where these stellar Met Area athletes will take on the nation to become the first-ever U.S. Women’s Amateur Four-Ball Champion.

Photos: Courtesy of the USGA