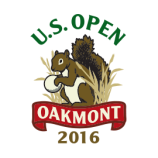 ELMSFORD, N.Y. (June 1, 2016) – On Monday, June 6, the Metropolitan Golf Association returns its annually conducted Sectional Qualifying Round for the U.S. Open Championship to Canoe Brook Country Club in Summit, N.J., where one of the largest—and perhaps deepest—fields in recent history will have sights on advancing to this year’s national championship.

The field of 98 competitors—59 professionals and 39 amateurs—features many of the Met Area’s best players, even more with local ties and a host of national talent as well. All will be competing for six qualifying positions (plus two alternates) into the 116th U.S. Open Championship, which will be held for a record ninth time at Oakmont Country Club in Oakmont, Pa., June 13-19.

A total of 10 SQRs will be conducted across the country on June 6, with competitors looking to survive a grueling 36-holes as the final step of advancing to the U.S. Open. Two additional SQRs have already been completed in Japan (May 23) and England (May 30). Following three years at Old Oaks Country Club and Century Country Club in Purchase, N.Y., one of the Met Area’s most highly anticipated days of golf returns to the North and South courses of Canoe Brook to begin another three-year stretch as host. This is the 14th time since 1980 that Canoe Brook has hosted sectional qualifying.

A review of the pairings reveals a number of touring professionals in the field, including former Trump National – Bedminster assistant professional Jim Herman of Palm City, Fla., who earned the first PGA TOUR victory of his career at the Shell Houston Open in April. Propelled by his win, the Cincinnati, Ohio native currently stands 76th in the Official World Golf Ranking and 29th in FedExCup points. Herman last competed in the U.S. Open in 2013, and all three of his trips to the national championship have gone through the Met Area, including two at Canoe Brook (2010, 2012). Three-time PGA TOUR winner Johnson Wagner of St. Simons Island, Ga., is also a very familiar name returning to the Met Area, having produced perhaps the most successful season in MGA history when he won all three majors (Met Am, Met Open, and Ike) in 2002. Wagner is seeking his third appearance in the U.S. Open, his last of which came in 2007 at Oakmont. Andrew Svoboda is yet another professional with strong local ties who stands among the U.S. Open hopefuls. The New Rochelle, N.Y., native, now of Palm Beach Gardens, Fla., clinched the third Web.com Tour victory of his career on April 3 at the Brasil Champions. Svoboda is another former Met Amateur and Met Open champion, and currently ranks 7th on the Web.com Tour’s money list, from which the top-25 will earn their PGA TOUR card for the 2016-17 season.

Also headlining the field is the medalist from last year’s sectional in Purchase, two-time U.S. Open champion (1993, 1998) Lee Janzen of Orlando, Fla. The 51-year old and eight-time PGA TOUR winner is competing in the Met Area sectional for the third consecutive year, and looks to advance to his 21st career U.S. Open. In nine Champions Tour events this season, Janzen has logged four top-25 finishes, including a tie for eighth at the Mississippi Gulf Resort Classic back in April.

A host of local club professionals are also in the field, including former Canoe Brook assistant and current Paramount head professional Steve Scott of New City, N.Y. Scott medaled at the Old Westbury local qualifier and is eyeing his return to major championship competition. Winged Foot assistant Grant Sturgeon of Port Chester, N.Y., has experienced the PGA Championship, but would like nothing more than to make a U.S. Open start at Oakmont, where he served as an assistant for several years. Meanwhile, Fresh Meadow head professional Matthew Dobyns of Lake Success, N.Y., aims to build on his recent resume as a playing professional, having made five PGA TOUR starts so far this season thanks to his win at the 2015 PGA Professional Championship. Dobyns, the 2015 PGA Professional Player of the Year, competed in the U.S. Open in 2014 at Pinehurst after qualifying in Purchase. Upper Montclair’s Tyler Hall of Wayne, N.J., earned his way into the field with one of the most impressive local qualifying rounds, as the 2011 Met Open champion fired a 6-under 65 at Hollywood Golf Club to best the field by five strokes.

The list of touring professionals with local ties continues with PGA TOUR player and Met Area native Marc Turnesa now of Jupiter, Fla.; Web.com Tour player and 2008 winner of the MGA’s Ike Championship Kevin Foley, also of Jupiter, Fla.; two-time MGA Player of the Year Mike Miller of Brewster, N.Y. who has played Web.com Tour and PGA Tour Latinoamérica events this season; PGA Tour Latinoamérica player James Hazen of Miller Place, N.Y., who medaled at the Willow Ridge local qualifier; and Pat Wilson of Andover, N.J., the co-medalist at the Panther Valley local qualifier who advanced to the 2015 U.S. Open at Chambers Bay from Purchase. Additional Web.com competitors in the field include Brad Fritsch of Holly Springs, N.C., and Cheng-Tsung Pan of Bellevue, Wash. Fritsch, a native Canadian, notched his first career Web.com Tour victory at the Servientrega Championship and followed that up with a tie for second at the El Bosque Mexico Championship. He currently ranks third on the Web.com Tour money list. Pan qualified for the U.S. Open as an amateur at Canoe Brook in 2011, and now looks to do so as a professional. He finished second on the Mackenzie Tour’s (PGA TOUR Canada) Order of Merit in 2015 to earn his Web.com Tour card.

Not to be outdone, the amateurs in the field stand among the best in the nation as well. Four-time U.S. Mid-Amateur champion Nathan Smith of Pittsburgh, Pa., is in the field, fresh off an appearance in the U.S. Four-Ball at Winged Foot. Competitors don’t come more experienced than Michael McCoy of Des Moines, Iowa, who claimed the 2013 U.S. Mid-Amateur (which was his 38th USGA championship at the time) and has been the low amateur at each of the last two U.S. Senior Opens. University of Texas junior Gavin Hall of Pittsford, N.Y., recently concluded his college season, helping the Longhorns to a runner-up finish at the NCAA Championships. Hall was co-medalist at Purchase in 2013.

The 2015 MGA Player of the Year Cameron Young of Scarborough, N.Y., (who joins his father and Sleepy Hollow Country Club head professional David Young in the field), leads an outstanding group of local amateurs in the sectional. Young recently wrapped up his freshman campaign at Wake Forest, bookending NCAA Regional and NCAA Championship play with an appearance in the U.S. Four-Ball. Four 2015 MGA Player of the Year Honor Roll finishers are also in the field: recent NYC Amateur champion Ryan Snouffer of Sparta, N.J., who co-medaled at the Panther Valley qualifier; 2016 NJSGA Mid-Am and Travis Invitational champion Trevor Randolph of Franklin Lakes, N.J.; Matthew Lowe of Farmingdale, N.Y.; and Stewart Hagestad of Newport Beach, Calif. The list of local amateurs to watch continues with Cornell’s Luke Graboyes of Watchung, N.J., who claimed the individual title at the Ivy League Men’s Golf Championship, and Kyle Brey of Farmingdale, N.Y., who medaled at the Bethpage local qualifier.

Additionally, Fairfield, Conn., native J.J. Henry will represent the Met Area at the Sectional Qualifying Round in Memphis, Tenn.

Many memorable moments have come out of sectional qualifying at Canoe Brook Country Club, including in 2006 when then-teenager Michelle Wie attempted to qualify for the U.S. Open. Some 5,000 spectators were in attendance, but Wie came up just short in her qualifying bid. The length required upon the North Course and the finesse needed to maneuver around the South Course will combine for a thrilling day of competition, and will surely help produce the day’s top players.

The MGA will have a fully-staffed Media Center on site at Canoe Brook and attending media are required to check in to obtain credentials.

The morning round will include 9- and 18-hole scoring updates, while live hole-by-hole scoring will be available for the majority of groups in the second round. Complete coverage of sectional qualifying at Canoe Brook can be followed on mgagolf.org, the My MGA app, and on the MGA’s social media outlets, linked above.