EDISON, N.J. (August 23, 2012)– Danny Balin entered the final round of the 97th Met Open Championship sponsored by MetLife trailing 36-hole leader amateur Ryan McCormick of Suburban by seven shots. Seven birdies and a surgical 6-under 66 later and the pro out of Burning Tree claimed his first Open title at storied Plainfield Country Club with a 54-hole score of 206. 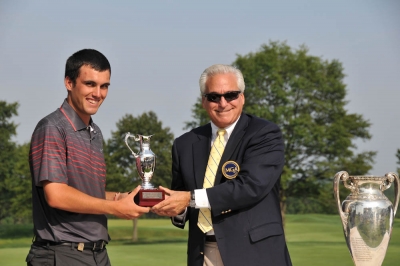 “It feels great to get my name on that trophy,” said Balin, who collected $27,500 for his victory. “This is the most prestigious event in the area. It feels great to know that you’ve accomplished a goal you’ve been working so hard for.”

It was only a month ago that Balin took home the Met PGA New York State Open at Bethpage Black with a clutch final round 66. His 66 Thursday popped right out of the gates, including four birdies in his first six holes. A bogey on the par-4 8th halted his momentum for moment, but the 30-yeard-old came right back on the back-nine with a flawless 3-under 33.

“The key is you only get to play each hole one last time and you want to play them as best as you can,” he said of his recent final round success. “It’s about trusting your game, trusting your putting stroke, trusting that you’ve been there before. Then you just have to hope the putts drop.”

McCormick —the 2012 Met Amateur, NJSGA Amateur, NYC Amateur winner — was the story for much of the championship. The 20-year-old birdied two of his first four holes of the day en route to a steady front nine even-par 36. But after a double bogey-bogey start to the back nine, many thought it was curtains for the St. John’s University junior. His uber-cool demeanor was no more evident when he fought back with birdies on 15 and 16 to put himself back in a tie for the lead.

A brilliant second shot on the par-5 17th left McCormick with a slippery 25-foot bid for eagle, which he three-putted for par. On the final hole, he again left himself a difficult putt, this time about 75-feet up a giant slope. Another three-putt put him in a four-way tie for second place with a total of 207. 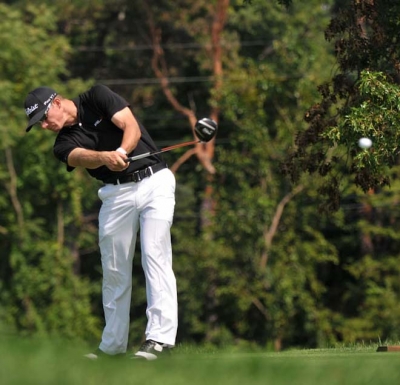 “It’s tough,” he said. “It’s unfortunate, I played well, I gave myself an opportunity, that’s all you can ask for. It hurts right now, but I’m pretty proud with the way I played. “

Web.com Tour pro Morgan Hoffmann of Arcola took a week off from his schedule to return to his old stomping grounds, and like Balin, he also made a strong charge on Thursday.  He faced a 30-footer on the last to tie Balin’s lead on the 54th hole but it came up a foot short.  Hoffmann said after the round it was putting all day that left him with a 68 and not a 62.

“It’s a disappointment, didn’t make any putts today really,” he said. “I hit it awesome, could’ve have asked for more. I hit it inside 10 feet a lot, just didn’t make anything.”

2012 Westchester Open champion Mike Ballo Jr. of Woodway fired a 3-under 69 and Robert Gage of Forsgate went 68-68 the final two rounds to also finish at 207. “Overall it was a good week,” Gage said. “I can’t complain, I played good every day. “

In addition to the top level of golf being played, the incredible weather and flawless course conditions were much of the talk of the tournament. Plainfield Country Club, site of last year’s Barclays, provided an extremely fair, yet challenging test for the field of 134 accomplished players.

2012 Met PGA Pro Championship winner Rob Labritz of Glenarbor and former PGA Tour player Jason Caron of Siwanoy began the final round only three shots back but couldn’t maintain their momentum. Labritz finished in 22nd place after an 81 and Caron ended up in a four-way tie for sixth after a 73.

A total of 11 amateurs managed to make the 36-hole cut of 149. Reigning MGA Player of the Year Mike Miller of Knollwood rounded out the top 10 and 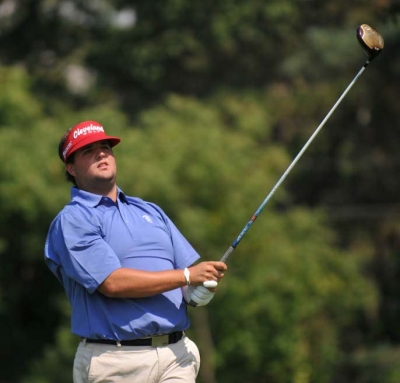 finished as the third low amateur with a total of 211. Amateurs Jim Liu of Stonebridge and Sam Bernstein of Century, and 2007 Met Open winner Frank Bensel of Century finished tied for 11th with totals of 212.

Fifteen-year-old Cameron Young of Sleepy Hollow, who played in the final group with McCormick, got off to a rough start and had to settle for a 79, which put him in a tie for 15th.

The top 25 finishers will earn exemption into next year’s championship, which will be played at Old Westbury Country Club in Old Westbury, N.Y., site of John Stoltz’s victory in 2005.

For complete coverage, including final results, payouts, photos, and videos, visit mgagolf.org as well as our brand new metopen.org.