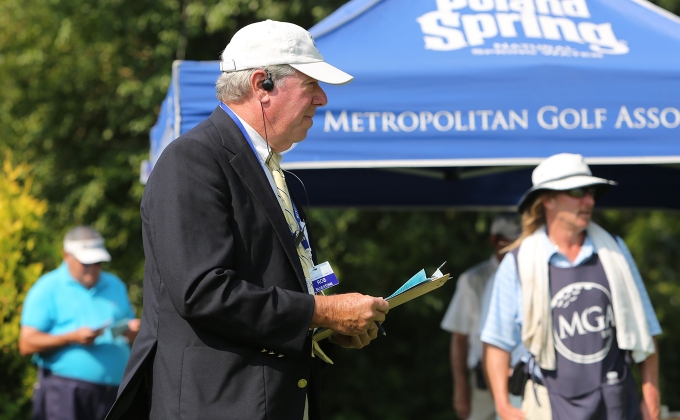 The Westchester Mid-Amateur Championship's trophy will be named in honor of Robert J. Bluestone.

This year’s Westchester Mid-Amateur Championship will take place October 6-7 at Rockrimmon Country Club, a fitting location to hand out the championship’s trophy that will now be named in honor of Robert J. Bluestone, who passed away in July of 2019.

Bluestone was a former president of Rockrimmon Country Club and spent much of his time at the Stamford, Conn., Club. He dedicated many years serving as a volunteer on the MGA Executive Committee and MGA Foundation’s Board of Directors, served as president of the Westchester Golf Association and its Caddie Scholarship Fund, and also belonged to Portmarnock Golf Club in Ireland.

“Rob was a friend and mentor to many of us in the Championship department,” says MGA Director of Championships Chris Gaffney. “He was involved in so many facets of our operations. Working on-site at a high number of MGA qualifiers and championships each season, Rob built strong relationships with competitors, other volunteers, club leadership, and MGA staff; he was always a spectacular representative of the MGA.”

Bluestone also served as a WGA Executive Committee member from 2003 to 2017 and was president of the WGA from 2009 to 2010. He served on the WGACSF’s Board of Directors for 15 years and as its president from 2011 to 2012. Bluestone worked tirelessly to increase the number and value of the scholarships, built strong relationships with member clubs, and helped create programs to positively affect the lives of Westchester caddie scholars.

To honor his legacy in perpetuity, fundraising efforts are also underway to create an endowed scholarship in Bluestone’s name, to be administered by the WGACSF. “We are grateful for the many years Rob dedicated to giving back to the game he loved,” said Johanna Gavin, Director of the MGA Foundation. “His passion for golf was matched by the passion he had for helping young kids receive an education. The establishment of an Endowed Scholarship in his name is a wonderful marriage of what Rob loved.”