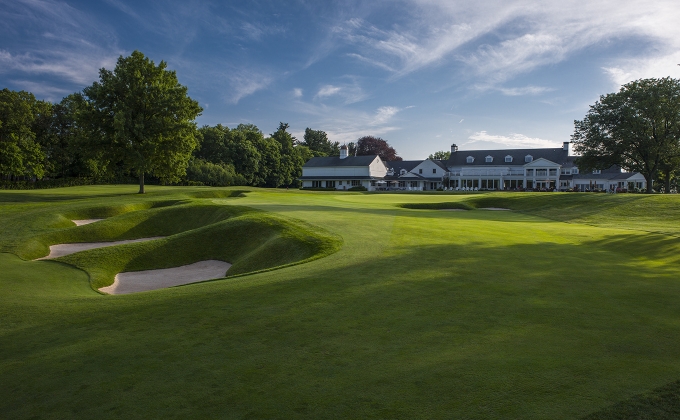 Plainfield Country Club will host the Met Amateur Championship for the sixth time.

ELMSFORD, N.Y. (December 21, 2020) – A mix of the Met Area's newest courses and most historic venues will take the spotlight on the Metropolitan Golf Association's 2021 championship schedule. Championship registration will open for all 2021 events on March 1.

The MGA’s trio of majors alone include a pair of relative newcomers along with one of the region’s most proven championship tests: The Bridge (2002) will make its MGA championship debut by hosting the 66th Ike MGA Stroke Play Championship (June 28-29) and Hudson National Golf Club (1996) welcomes its second Met Open Championship Presented by Callaway (August 24-26), while Plainfield Country Club (1890) and its classic Donald Ross layout hosts its sixth Met Amateur Championship (July 29 – August 1).

“The 2021 championship schedule is one of the best in recent memory with an impressive list of modern courses highlighting the season,” says Chris Gaffney, MGA Director of Championships.

The Bridge was designed by Rees Jones on the former site of the Bridgehampton Motor Racing Circuit. The club embraces the history, with a Chevron bridge and other former elements of the racing site remaining on the sprawling 300-acre property that provides expansive views throughout the round. The course’s par-3 fifth hole was part of the MGA’s Modern Dream 18 in 2017.

Having just hosted the Met Amateur in 2019, Hudson National quickly readies to host its fourth MGA major. It first welcomed the Met Open in 2004, when Rick Hartmann hoisted the Walker L. Trammell Trophy. The striking Tom Fazio layout demands precision from tee to green and will surely produce a worthy champion.

Gaffney also noted Pound Ridge Golf Club and Friar’s Head as two more modern hosts on the 2021 schedule, both also having been designed in the last 30 years. Pound Ridge—which opened in 2008—will place the Met Area’s only Pete Dye design on display while welcoming the 73rd MGA Public Links Championship on June 17.

Friar’s Head, a 2002 design by Bill Coore and Ben Crenshaw, will welcome its third MGA championship and continue the stellar lineup of hosts for the MGA Mid-Amateur Championship (October 4-5), which have most recently included Maidstone, Wee Burn and Somerset Hills. The course has steadily gained admiration and recognition, most recently ranking 13th in GOLF’s 2020-21 Top 100 Courses in the U.S.

Meanwhile, historic Plainfield will welcome an MGA major for the 12th time, having previously crowned champions such as Bill Britton, Jim McGovern and Danny Balin. It last welcomed the 100th Met Junior in 2017 and will once again serve as an outstanding match play venue for the region’s top amateurs.

The Tuxedo Club—which stands alongside Carter Cup host Baltusrol Golf Club and Plainfield as charter members of the MGA on the 2021 schedule—will host its record ninth different MGA event with the 104th Met Junior Championship Sponsored by MetLife (July 12-14).

“These are just a few of the highlights in 2021,” said Gaffney. “With many more world-class venues on the schedule, we look forward to seeing you all on the course!”

The MGA’s 2021 schedule (which has several dates TBA) includes a number of additional highlights and newsworthy notes: