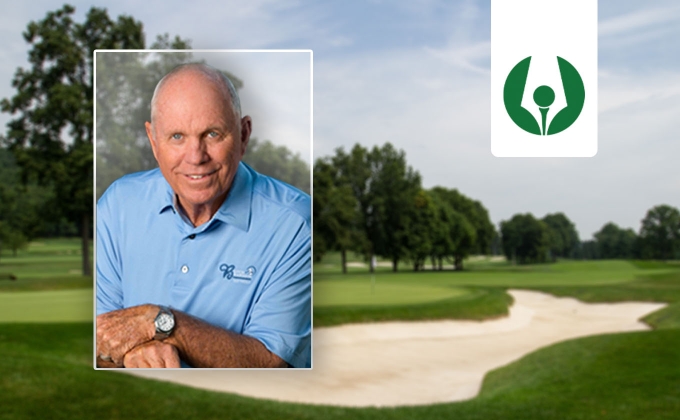 ELMSFORD, N.Y. (February 12, 2020) — World-renowned golf instructor and New Rochelle, N.Y., native Butch Harmon will be honored with one of golf’s most prestigious awards – The Gold Tee – by the Metropolitan Golf Writers Association. The award will be presented at its 69th National Awards Dinner on Monday, June 22, 2020 at the Westchester Marriott in Tarrytown, N.Y. Other previously announced award winners include Johnny Miller (Linc Werden Golf Journalism Award) and Rene Powell (Distinguished Service Award).

"Butch Harmon's contributions to the game of golf can't be overstated," said MGWA President Dave Donelson. "He not only helped numerous headline-making professionals achieve greatness, but his down-to-earth approach to golf instruction opened the road to success to amateurs as well."

The son of Claude Harmon Sr., winner of the 1948 Masters and former Head Professional at Winged Foot Golf Club and Seminole Golf Club in Florida, Butch practically grew up with a golf club in his hand. He turned pro in 1965 and had one Tour victory before beginning his career in golf instruction. He was King Hassan II of Morocco’s personal instructor for several years in the 1970s before returning to the States and becoming the Head Professional at Crow Valley GC in Iowa.

Butch started working with PGA Tour pros in the 1990s, when he helped Greg Norman reclaim the top spot in the golf rankings after he lost it to Nick Faldo. In 1993 Harmon began coaching Tiger Woods, a collaboration that continued for nine years during which time Woods won three U.S. Amateurs and eight majors. Harmon has also worked with a veritable Who’s Who of pro golfers: Seve Ballesteros, Fred Couples, Ernie Els, Justin Leonard, Davis Love III, Phil Mickelson, and Jose Maria Olazabal among others. In the past several years, he’s instructed numerous high-profile stars including Rickie Fowler, Dustin Johnson and Gary Woodland. In addition to his coaching duties, Harmon was also a TV analyst at the majors for Sky Sports for over two decades. He retired from his TV duties in 2019 and has ended his presence on the Tour after years of constant travel, though he continues to teach at The Butch Harmon School of Golf at Rio Secco Golf Club in Henderson, NV.

The MGWA has raised well over two million dollars for Caddie Scholarship programs in the Metropolitan New York area; the MGA Foundation; and the Dave Marr Journalism Scholarship at Columbia University.

The MGWA has celebrated the game’s greatest players, contributors, and organizations at its National Awards Dinner – the longest-running and often the largest golf dinner in the U.S. each year – since 1952. This annual event is attended by nearly 600 guests, representing golf’s leading organizations, corporate supporters, Met Area Clubs and Club leaders, as well as local and national golf media. This year’s Dinner will be hosted by MGWA Vice President/PGA Professional and Sirius XM Radio Personality Brian Crowell.

Tickets may be purchased at www.metgolfwriters.org. For additional information, please contact Robin Sauerhaft at (914) 347-4653 or rsauerhaft@mgagolf.org.