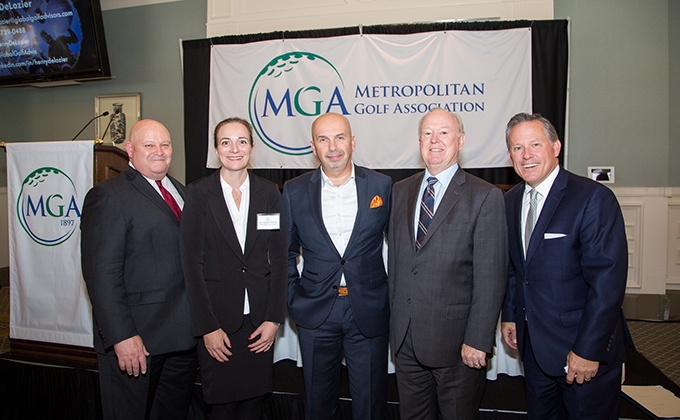 MGA Vice President Tod Pike opened the morning with a brief welcome before introducing Henry Wallmeyer, President and CEO of the National Club Association. Wallmeyer provided insight to what the NCA does in fighting for clubs on the national level in Washington, D.C., and gave an update on a number of legal and legislative matters relevant to club operations.

Pike then gave an update on the happenings for the MGA and MGA Foundation in 2018 before a brief break.

The afternoon portion of the schedule featured guest speakers Jeffrey McFadden, General Manager of The Union League of Philadelphia and Henry DeLozier, Principal of Global Golf Advisors. McFadden discussed technology trends for private clubs, while DeLozier spoke on the opportunities that millennials present for private clubs.

After lunch, attendees enjoyed golf on Canoe Brook's North and South Courses, which have hosted U.S. Open sectional qualifying each of the last three years.