Catching Up with Damon Hack

Catching Up with Damon Hack 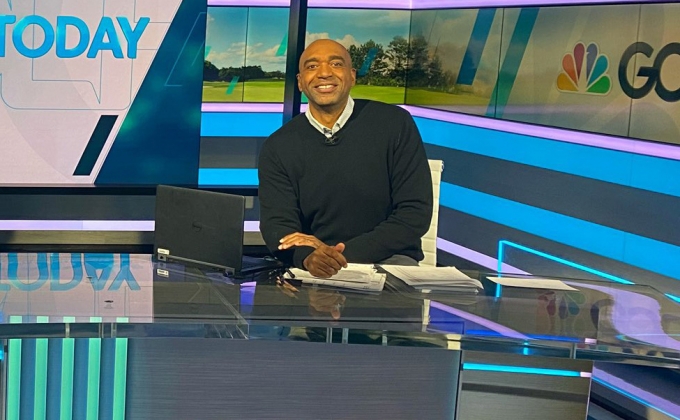 A portion of this Q&A was first featured in the March issue of Met Golfer EXTRA.

Golf Channel relocating its media operations to Stamford, Conn., meant somewhat of a homecoming for Damon Hack, who previously worked for The New York Times, Newsday and Sports Illustrated. We recently caught up with Hack to learn more about Golf Channel’s transition, his return to the region and much more.

How has everything been so far at Golf Channel’s new home in Connecticut?
It’s been a very smooth transition to NBC Sports in Stamford and it’s a credit to so many hardworking folks who have helped make it so, especially with the challenges of a global pandemic. Launching a new show – Golf Today – with Shane Bacon has been so fun. I’m personally very excited to cover golf here while also sharing the building with our teammates who cover the NFL, Premier League, NHL and so much more. It’s an impressive operation.

What does it mean for you to be back in the Met Area? Anything in particular you’re looking forward to most about being back in the region?
As someone who lived in New York City for 12 years, met his wife here and whose sons were born here, it really feels like life has come full circle. Florida was very good to us and we’ve made some lifelong friends there, but the culture, food and golf in the Met Area are second to none.

What are your favorite Met Area courses you’ve played, and some that you’d like to play?
My favorite courses are Montauk Downs and Bethpage Black. I think my Newsday ties are showing! Golf on Long Island is so special. The topography, the wind, the unique light, especially during the summer. It is a soulful brand of golf. I’m looking forward to getting out to Longshore in Connecticut this summer. I’ve heard great things!

What do you remember most as you went from being a writer to also being an on-air reporter and co-host?
I remember how much tougher the transition was than I thought it would be. I originally thought that you just stood up and talked. But there is a producer in your ear and you need to make your points succinctly and throw it to break and bring a show out of commercial and that red camera light can be intimidating at first. I’m thankful that I warmed to most of it pretty quickly. That said, it takes hard work and many repetitions—much like golf!

How were you first introduced to golf?
I was introduced by the KMPC-Los Angeles radio station director, Scott O’Neil, when I was a college intern in Los Angeles. We went to Spanish Hills and I shot 144. Some of my shots actually went forward. Somehow, the bug bit and it’s been with me since. I didn’t grow up in the game, so that introduction was critical in setting me on the path to love if this game. I’ve improved – somewhat.

What’s the most memorable event that you’ve covered?
This is such a tough one. I’ve covered the Olympics and the Super Bowl and a bunch of Tiger’s major victories. I think covering the Summer Olympics in Athens in 2004 is hard to beat. I was with the New York Times then and I covered everything from basketball to wrestling. Greece is a fascinating country and that Olympics had everything.

What are some of your favorite pastimes outside of golf?
I’ve become a wine aficionado in the last decade. Coincidentally – or maybe not – my triplet sons are about to turn 10! There might be a correlation.
I love traveling to wine country and have been fortunate to taste wine in Napa, Sicily and France. A great bottle of wine at dinner with family and friends is a wonderful way to make lasting memories.

Last fall you were elected as a Vice President with the Metropolitan Golf Writers Association. What do you enjoy most about being involved with the organization?
I love the passion for golf of the members in the association. They talk golf. They play golf. They love golf. There are some wonderful traditions, including the annual dinner when many legends around the golf world are honored. It’s a night of big laughs and great storytelling. I also love the terrific golf outings that happen every year at some of the great gems in the Met Area.