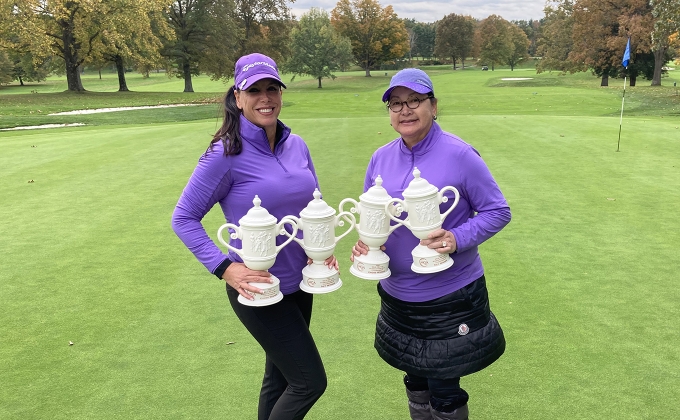 EAST NORWICH, N.Y. (November 2, 2021) -- A 5-under 67 led Patrice Franco and Yong Park of the LPGA Amateur Golf Association Long Island to a one-shot victory in the 36th MGA/MetLife Women's Four-Ball Championship at Muttontown Club, as the duo continued their outstanding track record of taking home hardware in the event.

Franco and Park also captured the gross title with a 2-over 74, marking the sixth consecutive net gross title for the winning pair.

Despite three net bogeys on the card, the tandem tacked on six net birdies along with a net eagle en route to capturing both titles. A pair of 3-under bursts helped propel their play, as the made three birdies in a four hole stretch (Nos. 3-6) and went eagle-birdie on Nos. 12-13.