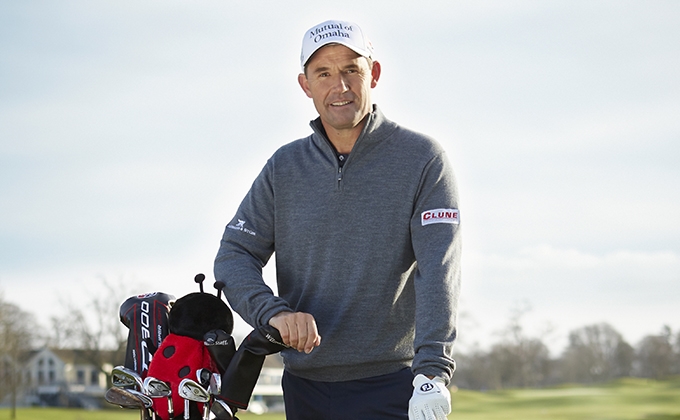 “We are delighted to honor Padraig with our Gold Tee Award,” said MGWA President Bruce Beck. “He embodies everything that is right about the game of golf—humility, respect and class. What a privilege to present him the MGWA's most important award.”

Harrington had a successful amateur career, competing in the inaugural Hugh L. Carey Challenge Cup between the Golfing Union of Ireland and MGA and later winning the Walker Cup in his third appearance in 1995 with the Great Britain and Ireland team. He turned pro later that year and joined the European Tour in 1996. His first professional victory came in just his 10th tournament, the Peugeot Spanish Open. He won the 1998 Irish PGA Championship and qualified for the 1999 Ryder Cup team, the first of six Ryder Cup appearances as a player and one as Vice-Captain. He joined the PGA TOUR in 2003.

Harrington has won three Majors (2007 and 2008 British Open and 2008 PGA Championship), has 20 international victories and won six times on the PGA TOUR. He has represented Europe in the World Cup, Dunhill Cup, Seve Cup, Target World Challenge and his home country of Ireland at the 2016 Summer Olympics. In addition to his achievements on the course, Harrington has established the Padraig Harrington Charitable Foundation, which provides financial assistance to beneficiaries across Ireland and the world. He is also a Global Ambassador of the Special Olympics and raises funds and awareness to fight esophageal cancer through Lollipop Day. (www.lollipopday.ie)

Since 1952, the MGWA has recognized the game’s greatest players, contributors, and organizations at its National Awards Dinner – the longest-running and often the largest golf dinner in the U.S. each year. This annual event is attended by nearly 600 guests, representing golf’s leading organizations (PGA of America, PGA TOUR, LPGA, USGA and the Met Golf Association) and corporate supporters (Rolex, MetLife and others), Met Area Clubs and Club leaders, as well as local and national golf media. The Dinner is hosted by MGWA President and emcee Bruce Beck, lead sports anchor at WNBC-TV, News 4 New York.

The MGWA has raised over 1.5 million dollars for Caddie Scholarship programs in the Metropolitan New York area; the MGA Foundation; and the Dave Marr Journalism Scholarship at Columbia University.

For tickets or additional information, please contact Robin Sauerhaft at (914) 347-4653 or rsauerhaft@mgagolf.org.