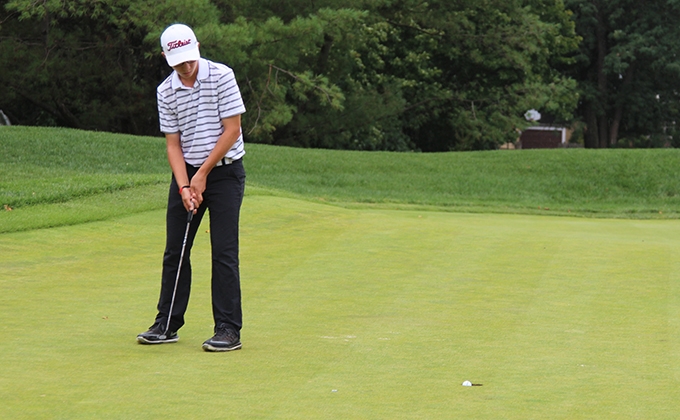 GLEN RIDGE, N.J. (August 29, 2017) -- A birdie on the 20th hole earned Jud Langille of Ossining, N.Y., the 49th MGA/MetLife Boys Championship title on Tuesday over Jimin Jung of Briarcliff Manor, N.Y., at Glen Ridge Country Club. The championship match was rescheduled due to weather after its original date on August 18.

Langille, whose consistency helped him advance throughout the championship, quickly earned a 2-up lead behind pars on the first two holes. Jung settled in and the duo halved the next four holes with par, while Jung trimmed the deficit to one with a birdie on the par-four 7th.

After birdie-par halves on the following two holes, Jung secured par on the downhill par-three 10th to square the match. However, Langille--winner of this year's Westchester Boys Championship--quickly responded with a birdie on the par-three 11th and reclaimed his 1-up advantage.

Par-fives halved the 12th, but Jung pulled even once again behind a birdie on the uphill, dogleg-left par-4 13th. The duo, both competing in their first match play championship, played steadily coming in, halving Nos. 14-17 with pars, then both carding bogey on the challenging uphill finishing hole to require extra holes.

Knocking his approach shot to just six feet on the par-four 2nd, Langille's birdie putt used all the hole and dropped to seal the victory.