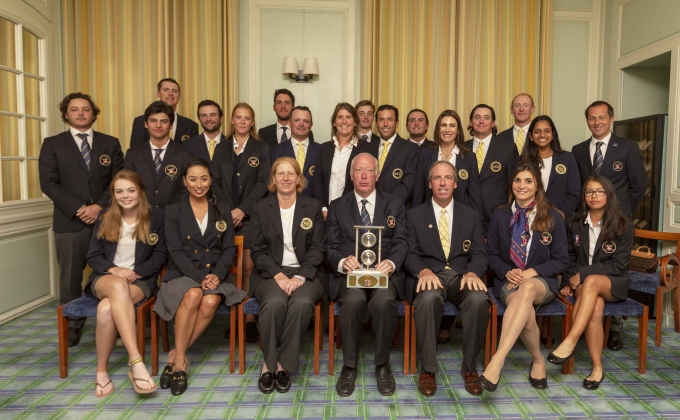 LA QUEUE-LEZ-YVELINES, FRANCE (October 3, 2018) -- The MGA/WMGA and the Ligue de Golf de Paris entered the final day of the 19th French-American Challenge knotted at 5-5, but the host team claimed 6.5 of the 10 available points to win by an 11.5 to 8.5 margin at Golf de Yvelines.

The French team took a 3-2 lead following Tuesday morning's four-ball matches, with Megha Ganne and Liliana Ruiz captured a full point with a 3-and-2 victory and the teams of Alice Hodge/Ina Kim-Schaad and Matt Mattare/Brad Tilley both managed halves. In the afternoon's foursomes, the men's pairings picked up sizable victories for the visitors led by a 6-and-4 win for Darin Goldstein and Trevor Randolph, while the French squad's ladies won both matches, to leave the matches all-square heading to Wednesday's singles.

While Ganne continued her impressive international competition debut with a 2-and-1 victory, the French team took four of the first five matches. Goldstein halved his match in the No. 6 position, while Mattare and Tilley each secured wins in the next slots in the lineup to keep hopes alive. However, the French team took the final two matches for the 11.5 to 8.5 finish.

The win pushes the Ligue de Golf de Paris' record to 16-1-2 all-time in the matches that were first played in 1990.