Live From: The Farrell

Live From: The Farrell 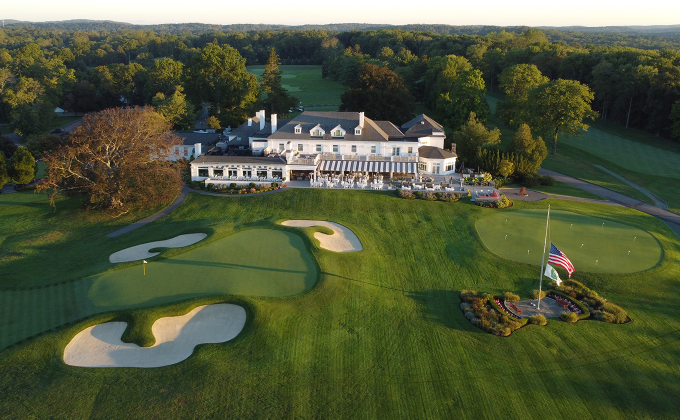 GREENWICH, Conn. (October 1, 2022) -- After 18 holes of stroke-play qualifying on Friday, competition now moves to match play in the inaugural playing of The Farrell at The Stanwich Club. The low 16 scores from each division—Men's and Women's Mid-Mmateur and Senior—advanced to the brackets. Two rounds of match play are slated for both Saturday and Sunday to determine the trio of champions.

While play was delayed an hour on Saturday morning due to heavy rains, all morning Round of 16 matches are complete and the Quarterfinal round is underway in each division.

Medalist Pat Wilson (4-under 68) of Hamilton Farm and 2022 Met Amateur champion Brad Tilley of Sleepy Hollow stand as a marquee afternoon match in the Men's Mid-Amateur division, in which the top seed won every match in the Round of 16.

In the Women's Mid-Amateur divison, No. 9 Chaithra Katamneni's win over No. 8 Daria Delfino, an NJSGA eClub member, served as the only match where the bottom-seeded player won. Katamneni, who plays out of Midland Country Club in Michigan, kept the momentum going in the quarterfinal round, ousting co-medalist Pendleton Bogache of Deepdale by an impressive 8-and-7 margin.

Meanwhile, only three of the top-seeded competitors won in the Senior divison's Round of 16, with two matches requiring extra holes as No. 2 seed Tom Yellin of Stanwich and No. 13 seed Mark Vassalotti of Sterling Farms edging out their opponents.

Stanwich hosted the U.S. Mid-Amateur in 2002 and is especially known for its fast, true greens. In the years since, the Club has welcomed the Palmer Cup and Wyndham Cup. It stands among 19 Met Area clubs that have hosted all three MGA majors—the Ike, Amateur and Open—hosting the Met Open in 1972 and 1996, the Ike in 1989 and the Met Amateur in 2004 and 2013.