The Long-Lost Lido Returns in Wisconsin

The Long-Lost Lido Returns in Wisconsin 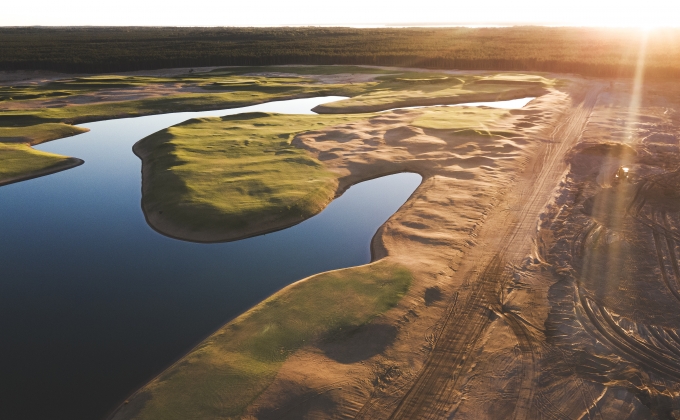 From the Course Work column in the Novemeber/December 2021 issue of the Met Golfer:

By 1914, Charles Blair Macdonald had earned the title “Father of American Golf Course Architecture.”  He had designed the nation’s first 18-hole course for Chicago Golf Club in 1894 and its first great course, The National Golf Links of America, in 1907.  Through his work at The National, Macdonald made it his mission to elevate the standard of course design in this country and by the mid-1910s America boasted a handful of layouts that could stand toe-to-toe with the world’s best.  Macdonald’s own design resume at this point included not only those two classics but also excellent work at Piping Rock Club, Sleepy Hollow, St. Louis Country Club, and Old White at the Greenbrier.

At age 58 and with a long list of accolades and accomplishments to his name, Macdonald initially turned up his nose when Roger Winthrop of Piping Rock invited him to create a new course on 115 acres of swampland on the south shore of western Long Island.  Winthrop was undeterred, appealing to Macdonald’s infamous ego by offering him unlimited resources and free rein to create the artificial landscape of his dreams.  Macdonald couldn’t resist the opportunity to play god, and the Lido Golf Club was born.

Since its disappearance some eighty years ago, the Lido has taken on mythical status among golf architecture aficionados -- the greatest course that no longer exists. It would be impossible to resurrect the course on its original site, but golf history buffs and certain golf developers including Bandon Dunes’s Mike Keiser, have long dreamt of somehow bringing the Lido back to life.