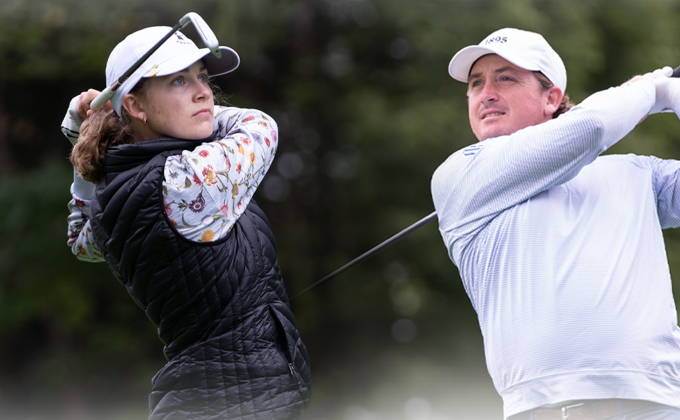 The Global Golf Post All-Amateur selections began in 2013 and have traditionally featured more than 250 players. This year, selections were limited to 100 total players to establish “a more exclusive, meaningful list.” This includes 20 players on both the men’s and women’s amateur teams, plus 15 competitors for the four mid-am and senior amateur squads.

As the No. 1-2 finishers in the race for the MGA Player of the Year, it’s easy to see why Tilley and Costanza were selected. Tilley won four times in 2022, hoisting trophies at the Mittelmark Invitational, Westchester Open, Met Amateur and The Farrell, while also adding additional top finishes and qualifying for the U.S. Mid-Amateur. Costanza put together yet another highly consistent season that included a fourth-place finish at the Ike a third-place finish at the New Jersey Open, a semifinal run in the Met Amateur and two matches won in the U.S. Mid-Amateur.

Hagestad once again produced quality results in USGA championships—making the cut at the U.S. Open, advancing to the Quarterfinal of the U.S. Amateur and the Round of 16 in the U.S. Mid-Amateur—while also winning the Coleman Invitational, to maintain his position among the game’s top mid-amateurs.

Though Gotterup turned professional during the summer, his outstanding spring and overall fifth-year senior season at Oklahoma can’t go unnoted. The 2019 MGA Player of the Year earned the Haskins Award as the top male collegiate golfer thanks to a pair of victories and eight top-10 finishes in 12 events.

The amateur divisions consist of players who have yet to reach age 25. Junior golfers are considered based on achievements in “all ages” or collegiate amateur tournaments. To qualify for mid-amateur teams, the player must be at least 25 years old. On the senior side, women must be 50 years or older and men must be 55 years or older.