Balin Among Former MGA Champs at Second Stage of Q-School

Balin Among Former MGA Champs at Second Stage of Q-School

ELMSFORD, N.Y. (November 8, 2012) - Danny Balin of Rockville, Md., will ride a wave of momentum into the second stage of PGA Tour's Q-school this 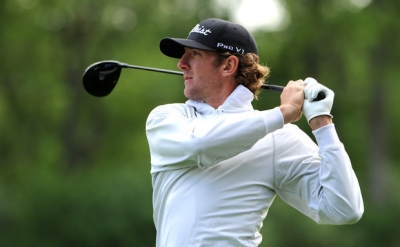 week. The Burning Tree assistant professional is having a career year, highlighted by his come from behind Met Open win at Plainfield Country Club and his impressive victory at the New York State Open at Bethpage Black (he shot 66 in the final round of both championships). He also collected several wins at Met PGA events and was named their Player of the Year for a second consecutive season.

The 30-year-old earned an exemption into the second stage and will compete at Red Stone Golf Club (Member Course) in Humble, Texas beginning Tuesday, Nov. 13.

All four players will look to join two other former MGA champions, Morgan Hoffmann and Andrew Svoboda, who both finished in the top 25 on the Web.com Tour, on the PGA Tour in 2013.