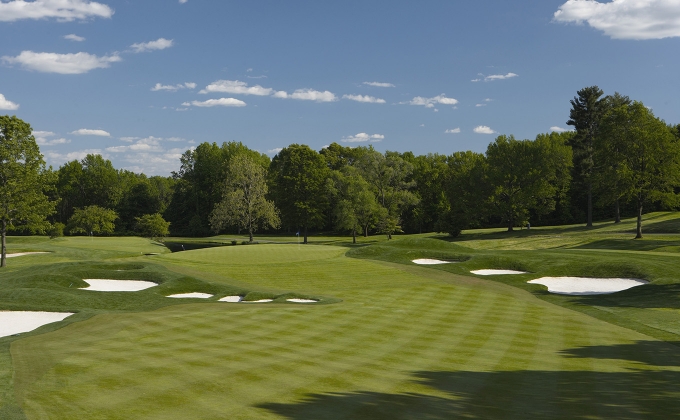 ELMSFORD, N.Y. (July 6, 2021) -- Qualifying for the 119th Met Amateur Championship takes place between at six sites throughout the Met Area between July 6 and July 19, as players aim to advance to the July 29 - August 1 championship at Plainfield Country Club in Edison, N.J. Upon advancing to the championship proper for the mgA's oldest championship, players will complete 36 holes of on-site qualifying with the top 16 advancing to match play.

The 36-hole championship match has provided memorable finishes in recent years, including Jack Wall's 2020 win over Luke Sample at Bethpage Black, Matt Mattare's late surge for a 1-up victory at Laurel Links in 2017 and Stewart Hagestad's 38-hole victory over Ethan Ng in 2016 at Country Club of Fairfield.

July 6 - Maplewood Country Club, Maplewood, N.J.
Results | Qualifying Positions: 4 & ties
Jack Simon of Rockaway River used a 4-under 67 to lead nine qualifiers for to Plainfield. Simon's medalist score included five biridies on his opening nine. Conor Casey of Somerset Hills and Antoine Chouraqui of Cedar Hill both finished the round with 3-under 68s, with Chouraqui making four birdies over his last nine holes to advance. Six players including Plainfield's Johnny Bush tallied 1-under 70s to advance.

July 7 - The Vineyards Golf Club, Riverhead, N.Y.
Results | Qualifying Positions: 3 & ties
Turner Foster of Maidstone Club led the field by two strokes, finishing the day with a 3-under par 67. He came out rolling, making an eagle on the par-5 first hole. Then, after an up-an-down round, Foster finished strong with two birdies in his last 3 holes. Joining him at Plainfield will be runner-up Michael Koeneke, who shot a 1-under par 69. Five players in total advanced, including Amit Sharma, Andrew Chen, and Andre Chi, all who finished in a tie for third after shooting even-par 70's.

July 12 - Metropolis Country Club, White Plains, N.Y.
Results | Qualifying Positions: 5 & ties
Young players led the way as 19-year-old Alexander Gu and 20-year-old Jackson Fretty of Greenwich shared medalist honors with 1-under par rounds of 69. Fretty set the tone with a very steady round in the morning, making two birdies and only one bogey. Gu's day was a bit more up and down, making four birdies and three bogeys over the course of his round. Fretty and Gu will be joined at Plainfield Country Club for the Met Amateur Championship by MGA eClub - NYC member Brandon Dalinka, and Winged Foot's John Schob and Brian Williams, who all finished with even-par rounds of 70.

July 12 - St. George's Golf & Country Club, East Setauket, N.Y.
Results | Qualifying Positions: 4 & ties
Dean Driscoll of Meadow Brook came out with medalist honors at St. George's, behind his 2-under-68, which edged out five players with 1-under 69s. Those five players who also came out as qualifiers were Colby Anderson of Nassau, Jon Sherman of St. George's, Noah Schwartz of Galloway National, Michael Schwenk of St. George's and MGA eClub - NYC member Matt Rawitzer. "My putter was really hot," said Driscoll, who made four birdies. "I made some long birdie putts when I needed them and basically just kept it in play and didn't make any mistakes. The middle of the round I was hitting a lot of greens and giving myself good looks. I knew eventually a couple would drop and they did on the back nine which was helpful."

July 19 - Hollow Brook Golf Club, Cortlandt, N.Y.
Results | Qualifying Positions: 5 & ties
MGA eClub - New Jersey member Ricky Calve paced the field with a 5-under 66, leading seven qualifiers to Plainfield. Calve was even-par through 12 holes, but bad a scorching closing stretch with five birdies over his final five holes. Nick Puleo of Wiltwyck and Greg Reilley carded rounds of 2-under 69 and 1-under 70, while a quartet of players including two-time MGA Mid-Amateur champion Trevor Randolph of Arcola got in with even-par rounds.

July 21 - Raritan Valley Country Club, Bridgewater, N.J.
Results | Qualifying Positions: 4 & ties
Michael O’Connell of Arcola Country Club led four qualifiers with a 4-under 68. After finishing even par on the front nine, O’Connell started and ended his back nine holes strong, making birdies on Nos. 10 and 11 as well as Nos. 17 and 18. Cade McLaughlin of Bedens Brook shot 3-under 69, while Mac Bredahl of Fairmount and Arav Patel of Forsgate secured the final slots, shooting 2-under 70s.