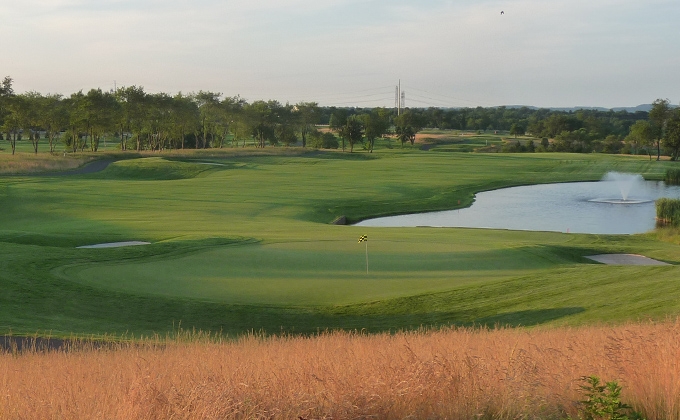 ELMSFORD, N.Y. (May 15, 2019) -- Qualifying rounds have begun for the 72nd MGA Public Links Championship, set to take place June 13 at Neshanic Valley Golf Course in Neshanic Station, N.J. The championship, first played in 1936, is the oldest public links championship in the nation.

Competition is open to male amateur golfers who reside in the MGA territory and do not have playing privileges at a course at which the general public is excluded. Competitors must have a Handicap Index of 8.0 or below. Five qualifying rounds, taking place May 15 through May 29, throughout the Met Area will complete the field for the 36-hole championship.

May 15 - Marine Park Golf Course, Brooklyn, N.Y.
Qualifying Positions: 15 & ties
Jason Zaretsky of Douglaston, Mike Marotta of South Shore and MGA eClub - NYC member Tadhg O'Connor each carded rounds of 1-under 71 on Wednesday at Marine Park Golf Course, to earn their spot in the 72nd MGA Public Links Championship. Zaretsky had a steady day, carding two birdies to just one bogey along with 15 pars. In all, 17 players advanced with scores of 76 or better.
Results

May 22 - Darlington Golf Club, Mahwah, N.J.
Qualifying Positions: 9 & ties
Chester Patterson of Darlington used his home course knowledge to fire 1-under 71, while James Bagdonas of Ash Brook and Jason Bataille of Neshanic Valley also tallied 71s to qualify for the 72nd MGA Public LInks Championship. Bataille secured a spot at his home course, while 10 players in all advanced behind scores of 76 or better.
Results

May 23 - Timber Point Golf Course, Great River, N.Y.
Qualifying Positions: 5 & ties
Shawn Blandine of Black Bear Golf Club separated himself from the field at Timber Point, carding a 4-under 68 to shoot seven shots better than MGA eClub - Long Island member Andrew Jurasits. Blandine had five birdies on the day to just one bogey. In all seven players advanced to Neshanic Valley behind scores of 5-over 77 or better.
Results

May 29 - Blue Hill Golf Course, Pearl River, N.Y.
Qualifying Positions: 17 & ties
Nick Dilio of The Links at Union Vale carded a 3-under 69 to take medalist honors at Blue Hill Golf Course in the final qualifying round for the 72nd MGA Public Links Championship. Dilio managed six birdies, with three bogeys. Dilio finished two shots ahead of Eric Bleile of Sterling Farms, who shot a 1-under 71. In all, 19 players qualified for the Public Links Championships with scores of 75 or better.
Results