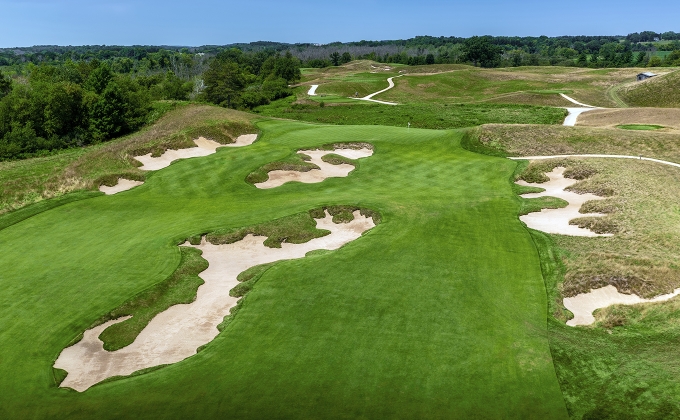 ELMSFORD, N.Y. (August 1, 2022) -- The Met Area has had strong representation in the U.S. Mid-Amateur Championship through the years, from Jeff Thomas, Jerry Courville, Jr., and Ken Bakst all hoisting the trophy in the 90s and a battle between George Zahringer and Courville, Jr., at The Stanwich Club in 2002, to Stewart Hagestad authoring an exciting come-from-behind victory in 2014 shortly after winning the Met Amateur. Last year, a pair of MGA Player of the Year winners matched up again in the final as Hagestad held off Mark Costanza for the title.

This year, the MGA will conduct two qualifiers for the 41st U.S. Mid-Amateur Championship at Erin Hills in Erin, Wis.

August 1 - The Whippoorwill Club, Armonk, N.Y.
Ben Cooley of Phoenixville, Pennsylvania led the charge on Monday as he shot a 6-under 65, to finish three strokes lower than his nearest competitor and secure a spoke in the U.S. Mid-Amateur.  Derek Barribeau, Royal Oak, Michigan, carded four birdies in his last five holes to earn a qualifying spot at 3-under.  Derek's brother, Blake Barribeau of Pompano Beach, Florida, also qualified, grabbing the last spot following an eight-man playoff.  Ty Zebrowski of Verona, New Jersey, Sam Weiss of New York, NY, and Ryan Gabel of Beacon, New York, all finished at 2-under to earn a spot and punch their ticket to Erin Hills.
Results

Six players advanced to the 41st U.S.Mid-Amateur Championship at Erin Hills after a playoff, which was delayed due to darkness, concluded the following morning. The 4-for-3 playoff, which was set to determine the final three players to qualify, saw Matthew Murphy of Greenwich, Connecticut, Pat Wilson of Andover, New Jersey, and Nicolas Donaldson of New York, NY, advance. Andrew Biggadike claimed the first alternate position. Thomas McCarthy of Millburn, New York was medalist with a bogey-free -4 (67). Charles Castellano of Miami, Florida, and Jason Bataille of Bridgewater, New Jersey also qualified with the only other under par rounds.