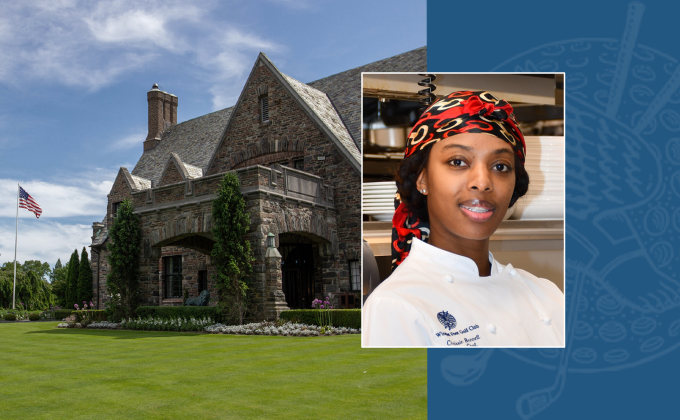 Chrissie is the first female to hold the Executive Chef position at Winged Foot Golf Club. She grew up in the Bronx, N.Y. and her family is from Freetown Clarendon, Jamaica.

For the past ten years, Chrissie has worked extremely hard to develop her cooking and management skills.

Over the years Chrissie has been featured in Golf Kitchen magazine and has cooked at multiple James Beard House dinners.

Winged Foot's General Manager, Colin Burns, says,“Chrissie Bennett is a truly talented Chef who brings a unique perspective to the culinary operation. Chrissie loves “the Club classics” while also understanding the need for innovation and freshness. Not an easy balance, but I believe Chrissie has the talent and personality to be a very successful Executive Chef."