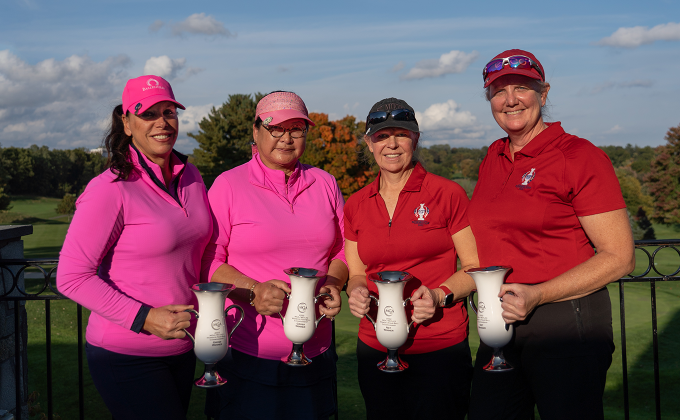 The two duos tied overall with gross scores of 9-over 81s, but with the championship standing primarily as a net event, Vawter and Johnson took that title. The tandem began on the fifth hole in the shotgun start and began strongly, using a pair of net birdies to move into red figures. The par-5 10th, the second of what were four consecutive par-5s for the field, proved key for Vawter and Johnson, with Johnson scoring a net eagle.

Three consecutive net birdies on Nos. 15-17 continued the team's charge. While they added a pair of bogeys over their final four holes of play, another net birdie helped lead to their 6-under total and a three-shot victory.

Franco tallied a pair of birdies and six pars to help her and Park keep their streak going in the gross category.

Liz Tobin and Gloria Sullivan of LPGA Amateur Golf Association Long Island and Caroline Smith and Rosaleen Mullen of Dunwoodie rounded out the top three finishers, both finishing with net scores of 3-under 69. Tobin and Sullivan took second place based on a match of cards.