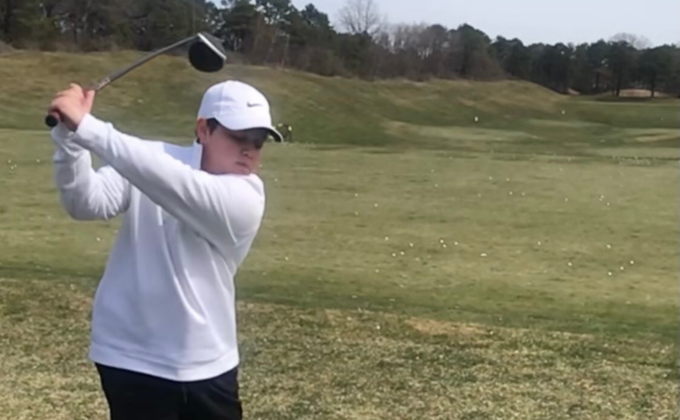 As part of the continued mission to grow the game of golf, the MGA Foundation is celebrating the opportunities provided for juniors with a Youth on Course Membership. YOC member Brian Bason recently shared his experience as part of the program and what he's learned from the game of golf with the MGAF.

Brian has been a Youth on Course member for two years now, becoming a member in 2019 after he heard about it from a Bethpage Junior League teammate. Brain has been golfing for many years now and was extremely excited to be able to play Bethpage Black at such an affordable price. Brian said that he played golf at Bethpage before becoming a YOC member but couldn’t play regularly on the Black course until he became a member of the program.

Being a member has allowed Brian to do what he loves much more frequently. He says the best part about golf is competing “at something I love and being out on the course with my peers.” It has also allowed him to meet new people. Not only has Brian been a member for two years, but he has helped refer others to the program too. Anytime he plays with someone who doesn’t have a card he will tell them about the YOC program.

Golf has provided Brian with plenty of opportunities, memories, and lessons early in his life. His favorite golf memory is winning the Long Island Summer Classic when he was nine years old. In terms of lessons he has learned from golf, Brian said there are plenty. A few that stuck out for him were that he can control his own destiny and the harder he works at something the better he will do. He has also learned how to be a humble winner and a good sport in defeat.

Brian is just one of the YOC Members in the Met Area with access to discounted rounds at more than 30 facilities and a number of other member benefits. Learn more about a Youth on Course Membership, available to junior golfers ages 6-18.