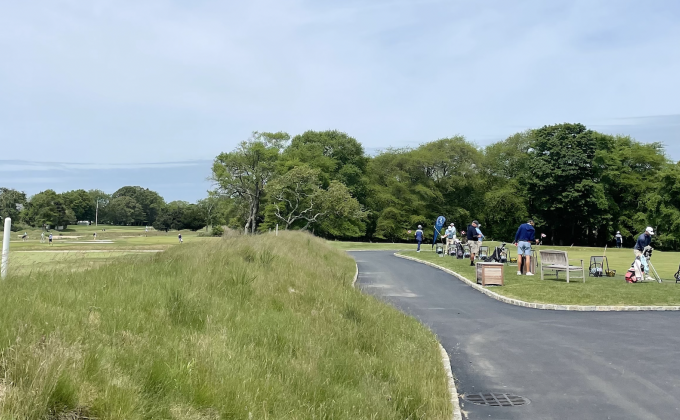 Andrew Svoboda of Engineers Country Club, defending champ and winner of three out of four last Long Island Open titles finished day one with a score of 1-over 71. According to Svoboda, the combination of the hard greens and strong winds made for a difficult day out on the course. Although a difficult course, Svoboda states that if you get birdies on the holes you should and par the harder holes a good score is still possible.

Overall, 3 players finished with scores under par. Dylan Crowley of Glen Cove Golf Club took the lead today with a score of -4 under 66. “The course is in such good shape,” said Crowley, “if you hit good shots, you get rewards.” He  attributed his success to the final qualifying round for the US Open yesterday, which he said had similar conditions: firm greens and strong winds.

Play will resume tomorrow at 7:00 A.M. for day two of the championship. After tomorrows 18 holes, top 40 players plus ties will advance.