GOLFWORKS Profile: Mechanic in the Making

GOLFWORKS Profile: Mechanic in the Making

EASTCHESTER, N.Y. (December 21, 2011) - Leewood Golf Club in Eastchester, N.Y., is home to GOLFWORKS alumnus Herman “Trapper” Van Dunk, who has been the club’s head superintendent since 2006. In 1994, Van Dunk was one of twelve students who participated in the inaugural season of GOLFWORKS, the MGA Foundation’s student intern program, which at the time had just six Met Area clubs participating. Eighteen years later, GOLFWORKS is flourishing, with 240 deserving high school students working at 78 Met Area clubs.

The article highlights both her personal and professional life along with her climb up the amateur ranks and even her battle with a heart condition and pacemaker surgery. 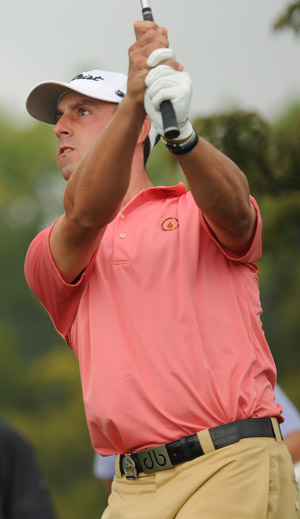 ELMSFORD, N.Y. (December 19, 2011) – Danny Balin, the Assistant professional at Burning Tree Country Club in Greenwich, Conn, earned his first PGA Tournament Series title earlier this month at PGA Country Club in Port St. Lucie, Fla. His one-stroke victory over Bob Sowards of Dublin, Ohio, began with a bogey-free round of seven-under par 65 and was followed up by another sub-par round of 70.

2011 Player of the Year Mike Miller