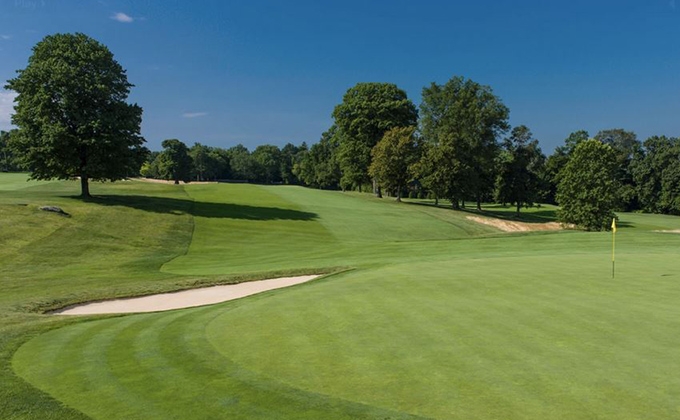 The field contains 134 of the area’s top competitors as Sunningdale welcomes the Westchester Open for the fourth time.

Three-for-Four?
Balin of Westchester is aiming to win his third Westchester Open title in the last four years, which would produce the first back-to-back winner since Bruce Zabriski did so in 1997-98 at Ardsley and then Brae Burn. Balin’s game has been in strong form, having won the Westchester PGA Match Play and recently finished inside the top 20 at the PGA Professional Championship to earn his way to the 2018 PGA Championship at Bellerive, Aug. 9-12.

Open Season
Michael Miller of Knollwood and Cameron Wilson of Shorehaven will tee it up in the Westchester Open less than a month after competing in the U.S. Open at Shinnecock Hills. Wilson made the weekend in Southampton finishing 64th. Miller has since competed several weeks on the Mackenzie Tour (PGA TOUR Canada) and is playing in the Windsor Championship in Ontario this week.

Amateurs in the Mix
The field includes an impressive list of amateur competitors, including back-to-back Westchester Amateur titlist Christian Cavaliere of Mahopac. A pair of the field’s top amateurs come from Sleepy Hollow, as rising Wake Forest senior Cameron Young and Brad Tilley are slated to compete. Young is coming off a season in which he earned All-ACC honors for the second time and was named honorable mention All-American. Meanwhile, Tilley is in his second summer competing as an amateur once again. Last year, he finished runner up in the Westchester Amateur and MGA Mid-Am and made a run to the quarterfinals of the U.S. Mid-Am.