Taylor Strikes Twice, Wins WGA Mid-Am In Back To Back Years 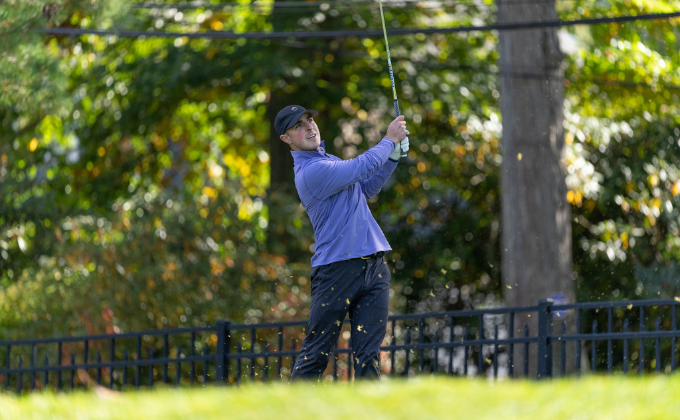 Taylor Strikes Twice, Wins WGA Mid-Am In Back To Back Years

PELHAM, N.Y. (October 18, 2022) –  On a cold, and at times blustery day, Nick Taylor of MGA eClub New York City got hot down the stretch to win back to back WGA Mid-Amateur Championships, with this year’s coming at Pelham Country Club.

“It was a goal coming into this year,” said Taylor when asked if he had thought about repeating as champion. “I honestly didn’t play good golf most of this season so to be able to do what I did and play some of my best down the stretch was really nice.”

Taylor posted a tournament-low, 69 during his final round. He finished the two-round tournament at even par, the only player not in plus figures on the week. After battling back and forth with three-time WGA Mid-Am champ Patrick Pierson of New York Country Club, Taylor used four birdies on the back nine to pull away.

“I birdied 10 and that got my back nine off to a good start,” said Taylor. “I made a good birdie on 13 and then hit a great hybrid on the 16th to get on in two and was able to make another birdie there. Then on 17 I got lucky on my drive. I blew it way right off the tee but it hit a tree and stayed in. Then I just hit a solid shot to the middle of the green and made a huge putt there too.”

Taylor, whose mom was acting as caddie and scorekeeper for his group, said even on 18 he was still not feeling 100% secure.

“That’s a tough hole with a tough pin and I knew I still had to hit a good shot,” said Taylor. “My mom always seems to be around when good things happen for me so to have her there today meant a lot. I think she realized how much it meant as we started getting closer to the end of the round.”

Taylor was paired with Brad Tilley of Sleepy Hollow, who finished the tournament in fourth at 6-over. After winning last year’s tournament at Rockrimmon Country Club, Taylor said he was much more prepared for the moment.

“I think if I was in this situation last year it might have turned out differently,” he mentioned. “Having that experience and knowing I could hit shots in big moments really helped me mentally this year. I know how well Brad has been playing so to be able to come out on top is one of the best feelings I’ve had in golf.”

Taylor admitted that he didn’t necessarily see himself hoisting the trophy, partly because of how well Tilley has played all year. It wasn’t until late in the second round that he finally felt comfortable that a win could happen.

“I would say I didn’t really think I could actually do it until the 13th hole today,” said Taylor. “This one feels great and considering who I had to beat in both Brad and two past champions behind me as well, this one feels even better than last year’s win.”

Pierson came in with a one stroke lead and finished just two behind Taylor. Tim Moynihan of Pelham came in third with a two-day total of 5-over. Ross Nicholson of Pelham rounded out the top five at 8-over.

For the second year in a row, Taylor won the championship trophy, which is named in honor of Robert J. Bluestone, who passed away in July of 2019. Bluestone was a former president of Rockrimmon Country Club and spent much of his time at the Stamford, Conn., Club. He dedicated many years serving as a volunteer on the MGA Executive Committee and MGA Foundation’s Board of Directors and served as president of the Westchester Golf Association and its Caddie Scholarship Fund.