ELMSFORD, N.Y. (June 14, 2011)–The deepest field in Met Area amateur golf assembles at one of the country’s most prestigious clubs when the 56th Ike Championship presented by Canon Business Solutions comes to Somerset Hills Country Club in Bernardsville, N.J., on June 27 and 28. In hosting the Ike, the MGA’s 54-hole stroke play championship, Somerset Hills will now have hosted two of the MGA’s major championships, the other being the Met Amateur in both 1982 and 2003.

The Ike has a long and storied history, beginning with the first edition of the championship in 1953, the year after Dwight D. Eisenhower was first elected President, and continuing through 1986, when the MGA took ownership of the event. The list of early champions includes names like Willie Turnesa, Jerry Courville Sr., and Bob Housen. More recently, the winners and runners-up represent the cream of the crop in Met Area golf including five-time champion George Zahringer III. Five of the last nine Ike champions are now playing professionally, including PGA Tour standout Johnson Wagner. Other prominent Tour players to finish as runners-up in the Ike include J.J. Henry (1997), Marc Turnesa (2000), and Andrew Svoboda (2001). 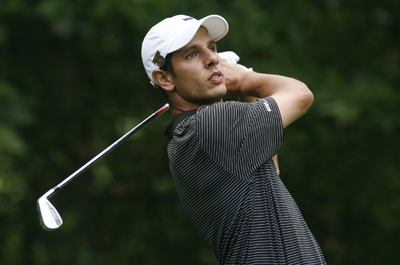 Somerset Hills, originally designed as a nine-hole layout by Tom Bendelow, was redesigned and expanded to 18 holes in 1917 by A.W. Tillinghast. The layout is known for its outstanding collection of par threes and the breathtaking par-four 15th hole. The club recently hired architect Tom Doak to lead the restoration of many of Tillinghast design elements, an ongoing project that began five years ago. Fairways were widened, native grasses were brought back, and trees were removed, resulting in an entirely different feel to the layout that is regarded as one of the best in the Met Area.

The 116 players in the final field include 18 who have won MGA championships in their careers. However, this group does not include two-time defending Ike champion Mike Ballo Jr., who turned professional in late 2010. The player who finished second to Ballo last year at Metropolis Country Club, Brian Komline of Black Oak, is in the field and looks to improve on that Ike showing in his home state. Komline broke through with his first MGA victory last July at the 2010 MGA/MetLife Public Links Championship at Spook Rock.

Other exempt players at this year’s Ike include perennial threat Joe Saladino of Huntington, the two-time (2010 & ’08) MGA Jerry Courville Sr. Player of the Year. Saladino began 2011 where he left off in 2010—in the winner’s circle—by capturing the Richardson Invitational at the Seawane Club in early May. Another player with a 2011 victory is John Ervasti of Sleepy Hollow, who won the MGA Senior Amateur at Shorehaven for his second MGA title in as many years. Also exempt is Kevin McSorley of Monmouth Golfing Club, who has been at or near the top of the Polo Golf MGA Player of the Year Point Standings for much of the 2011 season after advancing to the U.S. Open Sectional Qualifier and winning the NJSGA Mid-Amateur Championship.

This year’s field is also highlighted by young Met Area stars. After becoming the youngest winner of the Met Amateur in 2009, Cameron Wilson of Shorehaven is back from his freshman year at Stanford University looking to claim another MGA major title. Wilson finished third behind Komline at the 2010 Ike at Metropolis. He and the rest of the field will have to watch out for another Cameron, 2011 Westchester Amateur champion Cameron Young of Sleepy Hollow, who is just 14 years old but is making a quick rise up the ranks of the Met Area’s top young guns. Two-time (2008 & ’06) Met Amateur champion Tommy McDonagh of Shorehaven will also be in the field and looking to claim his first Ike Championship, while David Pastore of Griff Harris, winner of the 2010 Carter Cup at Baltusrol and two Met Junior titles, will be another player to watch. 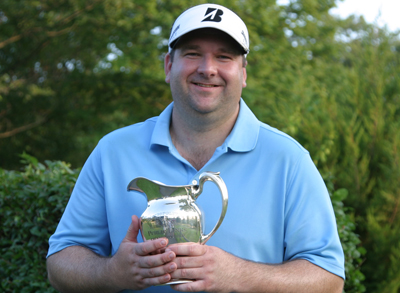 Two players entering this year’s Ike on streaks of strong play include 19-year-old Ryan McCormick of Suburban, who won the New York City Amateur in late May, and Niall Handley of Essex Fells, a semifinalist at the NJSGA Mid-Amateur and second to McCormick at the NYC Amateur. With Ballo out of the picture, there are only two former Ike champions in the field—Roger Hoit (2006) of Baltusrol and Jeff Putman (1995) of Somerset Hills—who will try to draw on their experience in the hopes of capturing the title once again. Along with Putman, Joe Scioscia will also represent the host club, Somerset Hills, in the championship.

An accomplished field, a historic and championship-tested golf course, and the Ike’s 36-hole final day should provide for an exciting championship, as it did last year when Mike Ballo Jr. won his second consecutive Ike title over a memorable two days. The MGA is proud to bring the Met Area’s most prestigious amateur stroke play event to Somerset Hills Country Club. Live scoring and updates for the 56th Ike Championship presented by Canon Business Solutions will be available on www.mgagolf.org.