SPRINGFIELD, N.J. (July 29, 2015) – Bobby Diforio, Jr. posted even-par rounds on both the Upper and Lower Courses at Baltusrol on Wednesday to secure his first-career MGA title at the 13th Carter Cup. The White Plains, N.Y., native’s 143 total earned him a one-stroke victory over Connor Daly of Bronxville, N.Y. 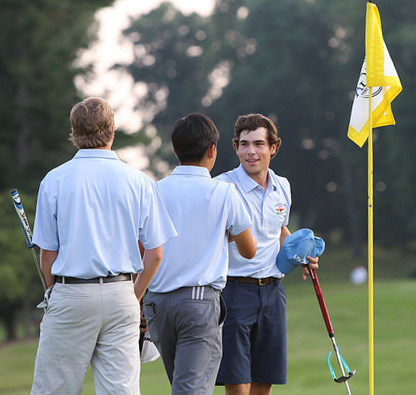 “It’s a great feeling,” exclaimed Diforio as he clutched the Carter Cup. “It’s still a young tournament, but there are a lot of big names and it’s going to be here for a while, so I’m excited to see other names that come onto this trophy.”

A quarterfinalist in this year’s Met Junior, Diforio played consistent and steady golf en route to the victory, carding three birdies and three bogeys in each of his two rounds.

“I played solid, especially the second round,” Diforio said.  “I birdied the first two holes, so that was a good start.” His first hiccup came on the third following a three-putt from long distance. But, the miscue didn’t shake Diforio, who responded with a string of seven-straight pars thanks to his sound iron play.

“I was striking my irons really well in the afternoon,” recalled Diforio, who will attend Florida Atlantic in the fall. “I stuck a good amount close—missed out a couple opportunities, but left most of my birdie putts close to the hole for tap in pars.”

Meanwhile, Daly began the final round four shots off Diforio’s morning pace, but made a charge up the leaderboard with the best score of the entire day, a 3-under 69 on the Lower Course. The 17 year-old—who competed in the U.S. Junior last week—recorded five birdies in his round, and finished more than three-and-a-half hours before the final group.

“I was hitting some pretty deep drives and was able to take advantage of some long par-4s with my length,” Daly reported. “I’d say I just had a little bit more confidence going into the afternoon. I hit the ball pretty well in the morning but I knew I could hit it a little better.”

Despite going out in the second group of the afternoon, Daly was well within striking distance, and faced his final round with an aggressive mentality. “I had a sixty-something kind of number in my head,” said Daly. “I went out there and did it—I felt good about it. I made a lot of putts, and hit some good shots.”

Sharing third place were Christian Oakley of Southampton, N.Y. and Brent Ito of Ardsley, N.Y., with a 145 total. 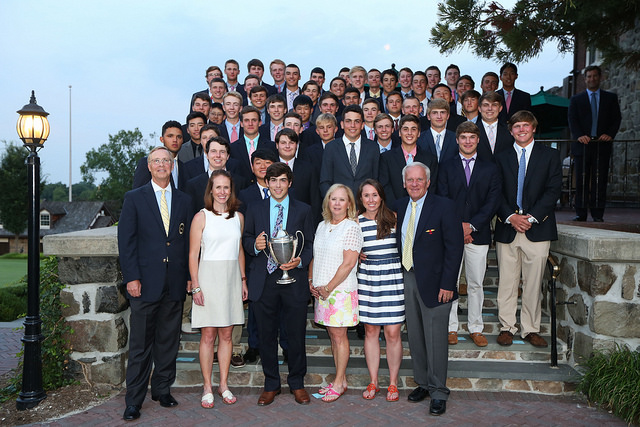 The finalists from the 2015 Met Junior took fifth and sixth places, respectively, as runner-up James Nicholas of Scarsdale, N.Y., posted a pair of 73s, and champion James McHugh of Rye, N.Y., went 73-74 on the day.

Christian Cavaliere of Katonah, N.Y., Connor O’Brien of Norwalk, Conn., and Peter Richards of Westport, Conn., tied for seventh at 148, while Thomas Urciuoli of Short Hills, N.J., rounded out the top-10 finishers.

The Carter Cup was first played in 2003 and is named in honor of 20-year-old Michael Carter, an accomplished junior player at Baltusrol and standout member of the golf team at New Jersey’s Delbarton School who died in a car accident in 2002. Michael Carter had won the junior club championships at both Baltusrol and Winged Foot, and at the time of his death played for Penn State, and this event is played in his memory.

The Carter Cup has a short history but the list of past champions includes PGA TOUR player Morgan Hoffmann (2005), now professionals Max Buckley (2007), Cameron Wilson (2009), David Pastore, the 2014 MGA Player of the Year (2010), and junior standout Cameron Young (2011). The championship is invite-only, based on a criteria set by the MGA and MGA Foundation. Golfers must not yet be 19 years of age and have not yet started college by July 29, 2015.