McHugh played a steady championship match en route to the 5 & 4 victory and will now have his name added to the prestigious Mandeville Trophy. A par and a birdie on the first two holes quickly earned McHugh a 2-up advantage, but Nicholas’ par on the third trimmed the lead back to one in the early going. 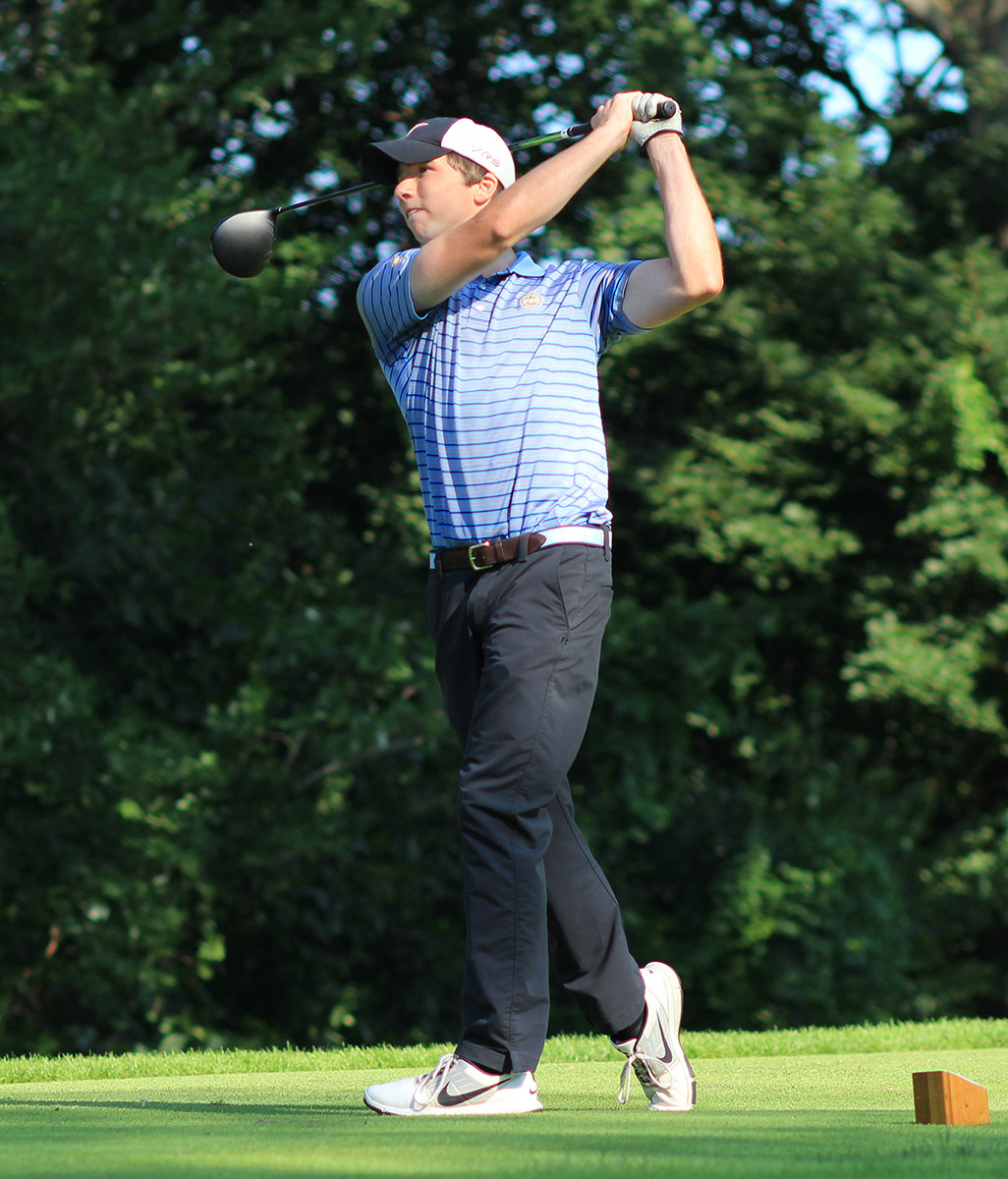 Both players admittedly fought their swing in the afternoon round, as the marathon championship proved to be a test of stamina as well. “I was struggling with my swing a little bit,” McHugh continued, “but I still managed my way around the course and scrambled and kept making pars.”

Three pars in a four-hole span were good enough to extend McHugh’s lead to 4-up through eight holes. Nicholas, who will attend Yale in the fall, then won the par-3 ninth with a par, making McHugh’s advantage 3-up on the turn.

The 17-year-old continued the steady play though, and pars once again earned McHugh wins on the 11th and 12th holes, extending the lead to 5-up. Two more pars sealed the 5 & 4 victory.

Despite not playing a practice round before competition, McHugh was able to quickly adapt to the testy greens of the A.W. Tillinghast course. “The greens were very firm and fast, with a lot of break and were very challenging,” said McHugh. “I consider myself a pretty good putter and I was able to putt pretty well.”

McHugh has had a strong summer already—including a top-20 finish at the Ike—and will look to continue his quality play with a busy schedule for the remainder of the summer. But, for now, he is letting this victory soak in. “I’m so honored. The MGA is such a great organization—it’s so prestigious and there’s always such a strong field in these events. I’m very honored to win this.”

McHugh, who never trailed in a single match this week, advanced to the championship with a 3 & 2 victory over Ethan Ng of New York City in the morning semifinal. He also jumped out to an early lead against Ng, winning the first two holes.

Meanwhile, Nicholas, of Scarsdale, N.Y., made his way to the title round with a 3 & 2 victory over Chris Yeom—who is headed to Seton Hall this fall. 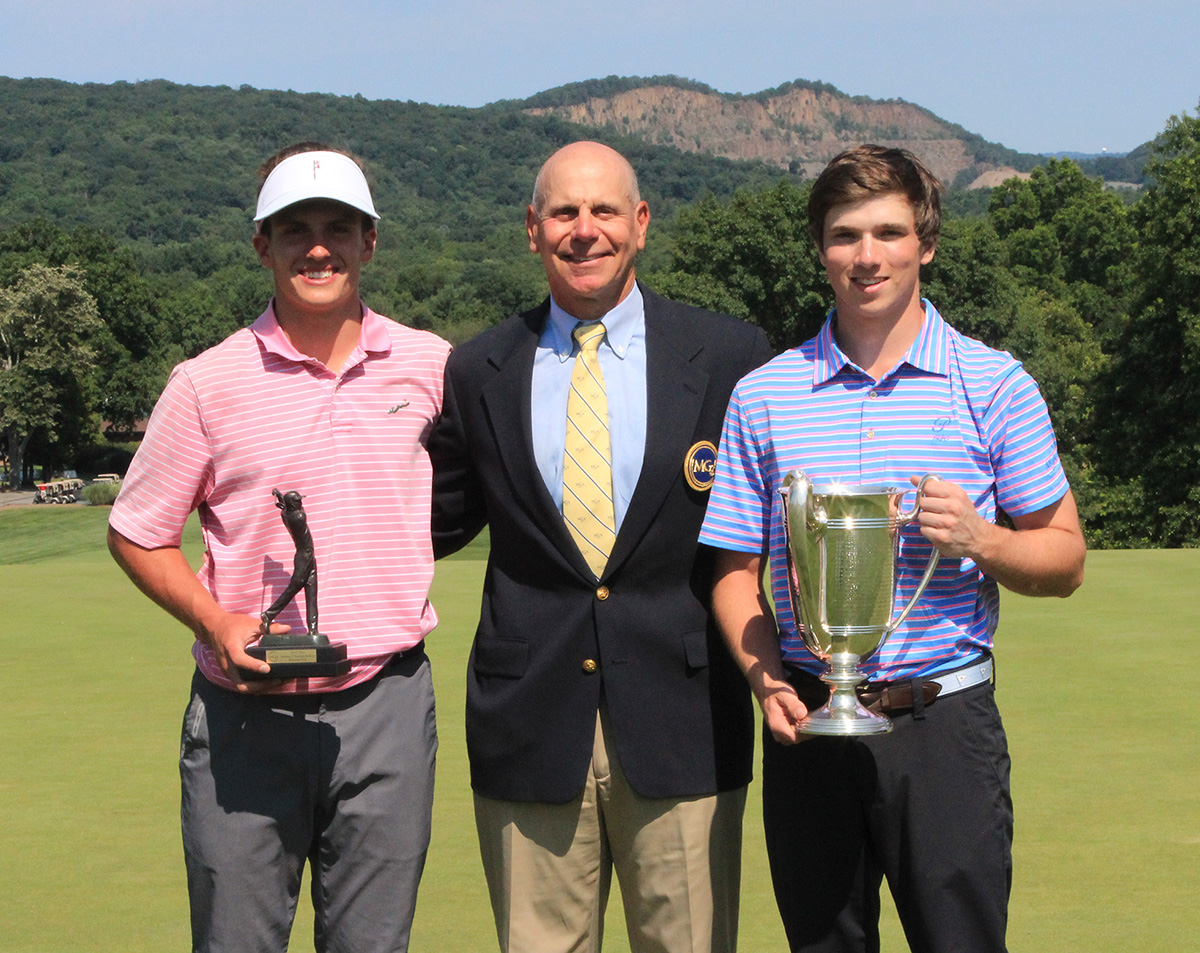 The Met Junior is in its second year of a new format, as the area’s top juniors played 36 holes of on-site qualifying and the top 16 seeds advanced to match play for the remainder of the event.

The Met Junior Championship Sponsored by MetLife is recognized as the nation’s oldest junior championship, being founded in 1912, and has produced a quality list of champions, including Butch and Bill Harmon, Marc Turnesa, Andrew Svoboda, Mike Miller and Cameron Young.

Paramount was a superb host for its first-ever MGA championship event. Prime conditions served as a fair challenge to the juniors, with the quick greens drawing the attention of the competitors.

The championship is open to juniors who have not started attending college, and are not yet 19 by July 29 and who reside in the MGA territory. Players advancing to the round of 16 will now receive an invitation to the Carter Cup, the MGA’s junior stroke play championship, at Baltusrol Golf Club on July 29, 2015.