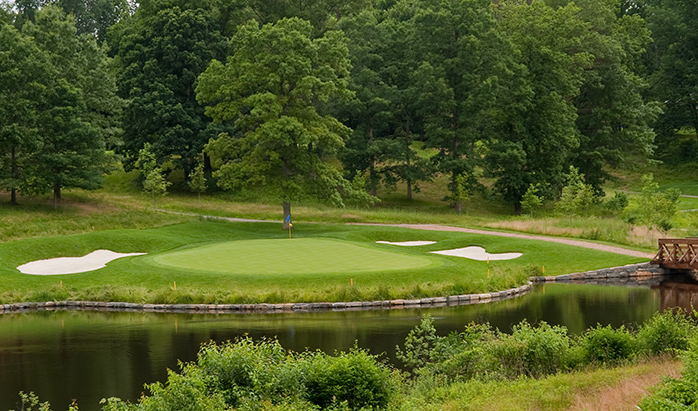 ELMSFORD, N.Y. (July 27, 2016) – Sixteen of the Met Area’s most talented young golfers will head to Bedford Golf and Tennis Club in Bedford, N.Y., for the 48th MGA/MetLife Boys Championship, July 28-29. Qualifying for boys not yet 16 years old took place throughout July to determine the top 16 players who will compete in match play at the event.

Top-seeded Nathan Han of Somers, N.Y., headlines the field as the reigning champion and is aiming to become the championship’s first repeat winner since Brian Soldon in 1985 and 1986. Han, 15, has registered several top finishes this summer, including a tie for second in the New York State High School Boys Championship in June and a second-place finish at the Metropolitan Junior PGA Championship. Early in July, Han advanced to match play in the 99th Met Junior Championship by taking the final position in a four-for-one playoff. He is one of 10 Boys competitors who also competed in the Met Junior.

The other half of last year’s championship match is also returning to the field, as Andre Chi of Huntington, N.Y., is making his third straight appearance in the championship. However, should we see a rematch of last year’s final with Han/Chi, it would come in the quarterfinal round, as Chi holds the No. 8 seed.

Matthew Minerva, Jr., of Elmsford, N.Y., owns the second seed and would like to add the MGA Boys Championship title to his 2014 Westchester Golf Association Boys Championship victory. The 15-year old recently competed in his first U.S. Junior Amateur Championship at The Honors Course in Ooltewah, Tenn., and narrowly missed match play at the Met Junior.

Stephen Sul of Old Bridge, N.J., and Johnny Anthony Bush are two more competitors looking to build upon their experience in the Met Junior, where they both advanced to match play.

All but two members of the field are 15 years old, with 12-year old Jack Merrill of Old Greenwich, Conn., being the youngest in the field.

The championship was first played in 1969 at Westchester Country Club, and since 1987 the event has rotated between three different sites: Gardiner’s Bay on Long Island, Rumson in New Jersey and this year’s host Bedford Golf & Tennis in Westchester County.

The MGA will provide live scoring for all matches throughout the championship, while additional coverage will be available on the MGA’s social media outlets.