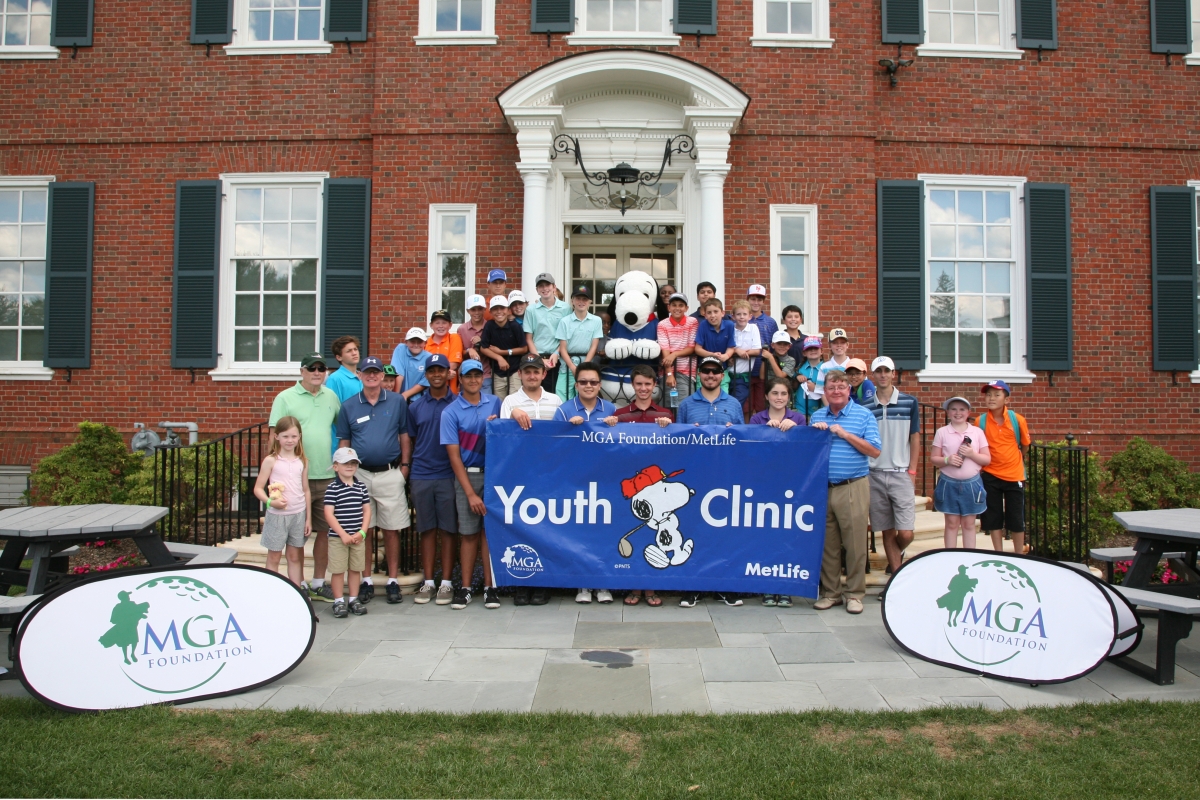 ELMSFORD, N.Y. (July 20, 2016) – On Tuesday, July 19 a group of junior golfers from The First Tee of Plainfield participated in this year’s first MGA/MetLife Youth Clinic at the USGA Museum and Arnold Palmer Center for Golf History, in Far Hills, N.J.

Upon their arrival, the First Tee participants were given a brief overview of the functions that comprise the USGA’s mission. After being split into three groups, the junior golfers were taken around the facilities at the USGA campus. At the Testing Facility, attendees were shown how science has become an integral component to the game of golf. This point was driven home by professional long drive competitor Maurice Allen. During his demonstration, Allen explained the science behind being able to reach a 164 mph club head speed and a Guinness world record ball speed of 211 mph.

The participants were then taken on a tour of the museum, which has many artifacts from some of the game’s greatest players. Finally, the juniors were taken out to the USGA Pynes Putting Course, a 16,000-square-foot putting green that allowed them to test their skills using replicas of antique putters and balls from the late 19th and early 20th centuries.