SPRINGFIELD, N.J. (August 1, 2012)–  It’s a bit ironic that Jared Mactas’s first major win of his young career came at a golf club that is known for hosting major championships. Mactas shot an even-par 71 on the Upper Course to claim the 10th Carter Cup, the MGA’s junior strok 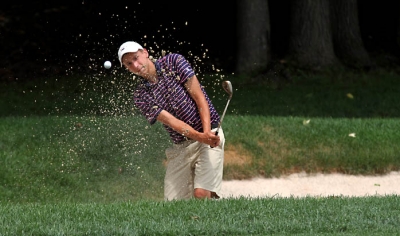 e play championship, at historic Baltusrol Golf Club despite heavy rainstorms and lightning shortening the tournament from 36 to 18 holes.

“It was a dream that I even qualified for this event and to win it, it’s just a great feeling,” Mactas said. “It’s the strongest field I’ve ever played in. Obviously I would’ve loved to play the Lower course [for the second round], but I’ll definitely take this win.”

Mactas, who is entering his senior year at Pascack Hills High School, credited his victory to the recent training sessions and new putting techniques he’s been working on with his coach. The win earns the 17-year-old Woodcliff Lake, N.J., resident an exemption into next year’s Carter Cup and Met Junior Championship, as well as the 2013 Ike Championship to be played at Wykagyl Country Club.

“I knew I had the ability to play with anyone,” he said. “Obviously, there are kids better than I am in this tournament, but that’s not to say I can’t go as low as they can.”

Driving rain and lightning rolled into Baltusrol at just after 1:00 p.m., prompting an immediate suspension of play. The delay left nine players with one hole left to play in their first rounds on the Upper Course; today’s scheduled second round was to be played on the Lower Course. Despite the deluge, the Baltusrol maintenance staff led by head superintendent Mark Kuhns worked to get the course playable by 4:30 p.m. so the first round could be completed. 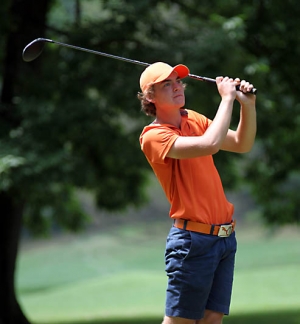 DeForest, whose brother Chris won the Carter Cup in 2006 and is a full-time member of the Web.com Tour, came out firing, playing his first nine holes in two under par. But four bogeys on his way in crippled his chance of posting a score under par.

“I’ve just been starting off that way lately,” he said. “I think my first par came on my seventh hole. But it’s a beautiful course, I really enjoyed it.” 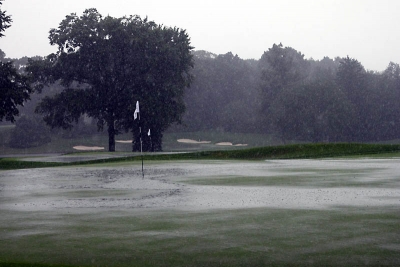 The Carter Cup is played in memory of Michael P. Carter, an accomplished junior golfer who passed away in a car accident in 2002 at just 20 years old. Michael was an accomplished junior golfer and junior club champion at both Baltusrol and Winged Foot Golf Club. Michael played for the Delbarton School golf team in Morristown, N.J., before joining the men’s team at Penn State University.