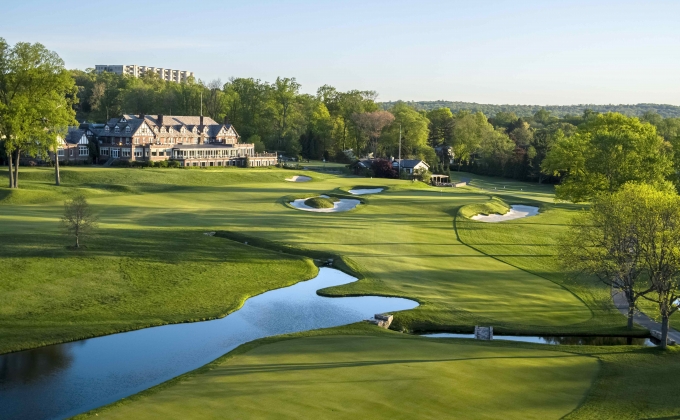 ELMSFORD, N.Y. (July 23, 2021) - The 19th MGA Carter Cup returns home to Baltusrol Golf Club in Springfield, N.J., on Tuesday, July 27. The championship is the MGA's official Junior Stroke Play Championship and is typically hosted at Baltusrol; in 2020 the invitational event was held at nearby Canoe Brook Country Club while Baltusrol's Lower Course underwent a restoration and secondary host Winged Foot prepared for the U.S. Open Championship.

It's Been a While
Between weather challenges and having the competition staged elsewhere mutliple times in recent years, the last time the Carter Cup champion won over the traditional 36 holes at Baltusrol Golf Club was 2015.

Carter Cup Consistency
Three players in the field have logged multiple top-10 finishes in the Carter Cup. Both Sample and Dean Greyserman of Short Hills, N.J. have done so in each of the last two years, while Charlie Berridge of Scarsdale, N.Y., finished tied fourth in 2020 and tied seventh in 2019 to go along with a tie for 13th in 2019.

Back Again
In addition to Berridge, Dean Greyserman and Berridge, four more players are looking to be in the mix on the leaderboard following top-10 finishes in 2020: Cole Ekert of Chatham, N.Y., who was last year's runner up; Nathan Drogin of Essex Fells, N.J.; Zachary Ong of Scarsdale, N.Y.; and Garrett Kessler of North Caldwell, N.J.

Junior-Carter Cup Double
Only three players (Patrick Fillian, David Pastore, Cameron Young) have won the Met Junior and the Carter Cup in their career. Sample and Summers are the lone competitors in the field with a shot to become the fourth.

Restored and Rejuvenated
Following an 18-month restoration of the Lower Course, the juniors will get to experience the layout that turns back the clock to Tillinghast's intent. Golf course architect Gil Hanse and his team replaced fairway bunkers, restored wider, twisting fairways, returned greens to their original sizes, reintroduced ramp approaches to greens and repositioned greenside bunkers. You can read more about the restoration in June's issue of Met Golfer Extra.