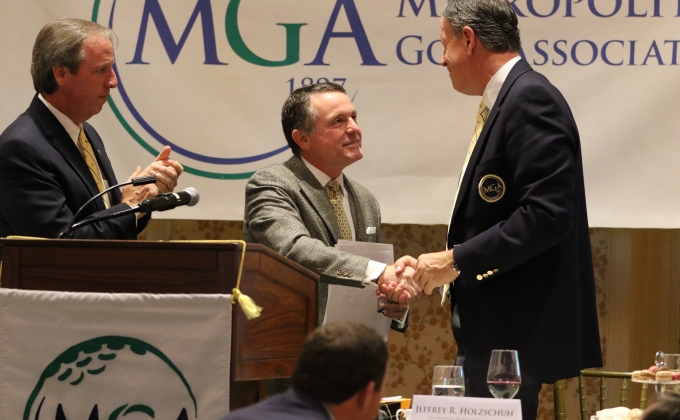 ELMSFORD, N.Y. (December 8, 2016) – Michael J. Sullivan of East Williston, N.Y., was elected to serve a one-year term as the 63rd President of the Metropolitan Golf Association, Wednesday, December 7, at the Association’s 119th Annual Meeting and Dinner at Westchester Country Club in Harrison, N.Y. Sullivan, a member of Garden City Country Club in Garden City, N.Y., will assume leadership of the 22-member Executive Committee and will also serve as the chairman of the Association’s charitable Foundation.

Sullivan, 54, joined the MGA Executive Committee in 2010 and was elected treasurer in 2013, serving in that role for two years. He was elected vice president in 2015 and remained in that position for 2016.

“It’s an honor to be elected President and to follow all the wonderful individuals who have served before me,” remarked Sullivan making his first comments as president. “I will do the best I can to enhance the MGA’s reputation as the organization we’ve all come to respect and believe in and we’ll have a lot of fun doing it. It’s a privilege to serve this great game.”

Succeeding Stephen Boyd who served the traditional two one-year terms in the position, Sullivan outlined what some of his primary focuses will be as president: continuing the successes of the Association’s charitable arm, the MGA Foundation, specifically with GOLFWORKS and Caddie Scholarship programs; playing an active role in the transition of the Association’s executive director position with Jay Mottola set to step down; and developing even stronger relationships with the USGA and other local golf associations to better serve the game in the Met Area.

Golf has served as an instrumental part of Sullivan’s life since his father introduced him to the game at six years old. He began to caddie at the age of 13 and was the recipient of a Caddie Scholarship, attending St. John’s University and competing on the golf team. Owning such a strong passion for the game, Sullivan has recognized the importance of giving back and has served golf in numerous leadership roles during the last two decades. He joined the board of directors for the Long Island Caddie Scholarship Fund in 1999 and served as president shortly thereafter. In addition to joining the MGA’s executive committee in 2010, Sullivan also joined the board

of directors for the Long Island Golf Association, where he has held each leadership position including president (2015-16). These roles have allowed Sullivan to be fully involved in golf administration, tournaments and fundraising.

In addition to his outstanding track record of leadership in golf, Sullivan has developed a successful business career that began at Merrill Lynch in 1984. In 2013, Sullivan joined Stifel, Nicolaus & Company, Inc., as Managing Director/Director Eastern Region.

More than 200 club representatives, Committee members, champions, volunteers, members of the press and representatives from local and national golf organizations attended the MGA Annual Meeting and Dinner. During the meeting, attendees heard from Diana Murphy, President of the USGA. Murphy acknowledged the MGA for its longstanding relationship with the USGA and as a leader among state and regional golf associations. She also touched upon several of the USGA’s goals in the coming years, including reaching more players globally through the development of a universal Handicap System and continuing with Rules modernization, noting that the USGA is committed to making the Rules easier to read, easier to understand, easier to apply, and easier to access.

The MGA’s year-end award winners took the spotlight during the closing dinner portion of the evening, as Stewart Hagestad of Deepdale was presented with the 2016 MGA Jerry Courville Sr. Player of the Year Award and longtime broadcaster and Westchester native Jimmy Roberts received the MGA’s highest honor, the Distinguished Service Award.

“This is such an amazing accomplishment,” opened Hagestad after being introduced by Brian Mahoney, MGA Managing Director, Rules Competitions and GHIN Services. “I truly feel honored and humbled to have my name with such an elite, respected group of individuals.”

Continuing, Hagestad—whose wins in the Met Amateur and U.S. Mid-Amateur led to the Player of the Year honors—highlighted his experiences since relocating to the Met Area from Southern California. “Over the last two-and

-a-half years, both on and off the golf course, being part of the MGA has really allowed me to mature and prioritize my life and figure out just how truly important the game is to me.” He reflected on the outstanding competitive opportunities and especially the friendships created with fellow players.

In closing, Hagestad presented his caddie John Doherty with a token of his appreciation and delivered a heartfelt thank you to his parents for their unwavering support through the years.

Rounding out the night, Roberts cherished accepting the Distinguished Service Award that has gone to some of his own personal heroes and friends who have had a profound impact on the game. “I didn’t see this coming but it’s the most wonderful blindside surprise that I’ve ever had. I am humbled, I am honored, and I am thrilled.”

Roberts reflected on his great passion for golf, particularly in the Met Area for its history and continued prominence in the game today. He described how the game has provided him so many rich experiences, including traveling the world and meeting extraordinary people that led to some of his closest friendships. 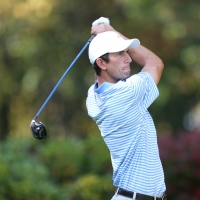 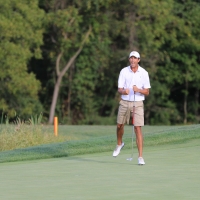 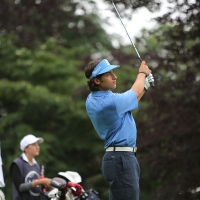