GREENWICH, CONN. (July 18, 2013) – Cameron Young of Scarborough, N.Y. justified his top seed and stellar reputation as one of the best 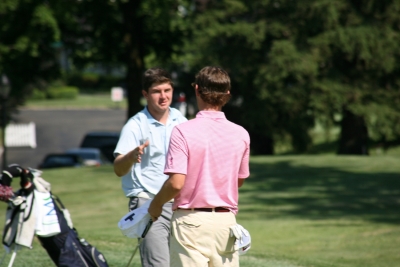 juniors in the Met Area by taking home the 96th Met Junior sponsored by MetLife at Fairview Country Club in Greenwich, Conn.

The 16-year-old high school junior birdied his way around Fairview for three straight days and won six total matches in brutal heat including the final match against Jeremy Wall of Brielle, N.J. 3&1, to take home the oldest junior championship in the country. If you count the 36 holes he played for U.S. Amateur sectional qualifying on Monday (he advanced to the championship at The Country Club in Brookline, Mass.), Young walked over 120 holes in four days!

“I’m definitely going to be happy to go to bed tonight, but it was definitely worth it,” he said. “I just try to take things one shot at a time. You can’t afford to get ahead of yourself out here.”

Young, along with Wall (and several other Met Area juniors including semifinalist and 2013 MGA/MetLife Public Links champ Jacob Henny of Norwalk, Conn.) will now fly to California to compete in the U.S. Junior Amateur Championship, which begins on Monday. 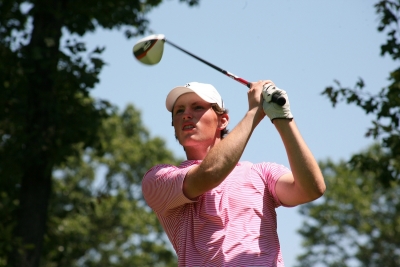 Wall, who was a semifinalist in this event last year at Nissequogue, got the match to one down after a birdie on the par-4 10th, but Young immediately answered with birdies on 11 and 13. Young closed out the match with a bogey on the 17th. Wall beat Wake Forest commit Clancy Waugh of Quogue, N.Y. 3 & 1 earlier in the day.

“We had a ton of fun,” Wall said. “I just have to hit the drive a little better. I got far back in the match with a couple bad tee shots. But I putted well, and that’s what I’m most excited about going into California.”

The Met Junior Sponsored by MetLife has a long history of hosting a highly competitive field, and the championship records are scattered with big names in both national and regional golf circles. From a starting field of 64, the field narrowed down in 18-hole matches for the three day event. The field is composed of juniors who have not yet turned 19 and who have not yet started college.

UPDATE - U.S. Junior Amateur:  In the 2013 U.S. Junior Amateur, Met Junior champ Cameron Young finished as a quarterfinalist after a marathon two weeks of golf. Will Bernstein of New York, N.Y., put up a strong fight in his match, extending it to 19 holes, but eventually falling on that last hole to lose his match. Theo Humphrey of Greenwich, Conn., and Jeremy Wall of Brielle, N.J., were also ousted in the first round.