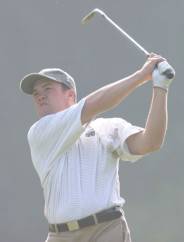 MAMARONECK, N.Y. (June 16, 2006) - After a first round that saw only one player finish under par, Andrew Svoboda was able to save par on the 18th hole and turn in a five-over-par 75 in the first round of the U.S. Open Championship at Winged Foot Golf Club in Mamaroneck, N.Y.  Svoboda’s fellow competitors, Chris Nallen of Hackettstown, N.J. and J.J. 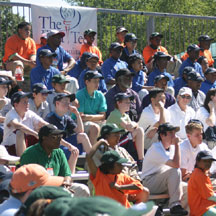 MAMARONECK, N.Y. (June 12, 2006) - The Met Area will  be well represented at the 2006 U.S. Open when it begins on June 15th at Winged Foot Golf Club in Mamaroneck, N.Y. Andrew Svoboda, who grew up playing at Winged Foot, Chris Nallen of Panther Valley CC and Hackettstown, N.J., and PGA Tour regular J.J. 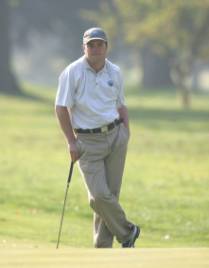 SUMMIT, N.J. (June 5, 2006) – After a week of record media attention, Michelle Wie fell five strokes out of the playoff for the last qualifying spot and a chance to be the first woman to reach the U.S.

WIE IN CONTENTION AFTER FIRST ROUND OF SECTIONAL

WIE IN CONTENTION AFTER FIRST ROUND OF SECTIONAL

SUMMIT, N.J. (June 5, 2006) – With all the media attention focused on Michelle Wie’s bid for a spot in the U.S. Open the 16-year-old did not disappoint, firing a first-round 68 on the South Course at Canoe Brook Country Club in Summit, N.J.  Leaders after the first round include Kevin Stadler, son of 1982 Masters Champion Craig Stadler, who carded a six-under-par 66.  On the South Course, Rob Johnson of Orlando, Fla. and Kent Jones of Albuquerque, N.M.

PHIL MICKELSON TO BE HONORED AT MGWA AWARDS DINNER

PHIL MICKELSON TO BE HONORED AT MGWA AWARDS DINNER 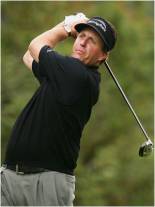