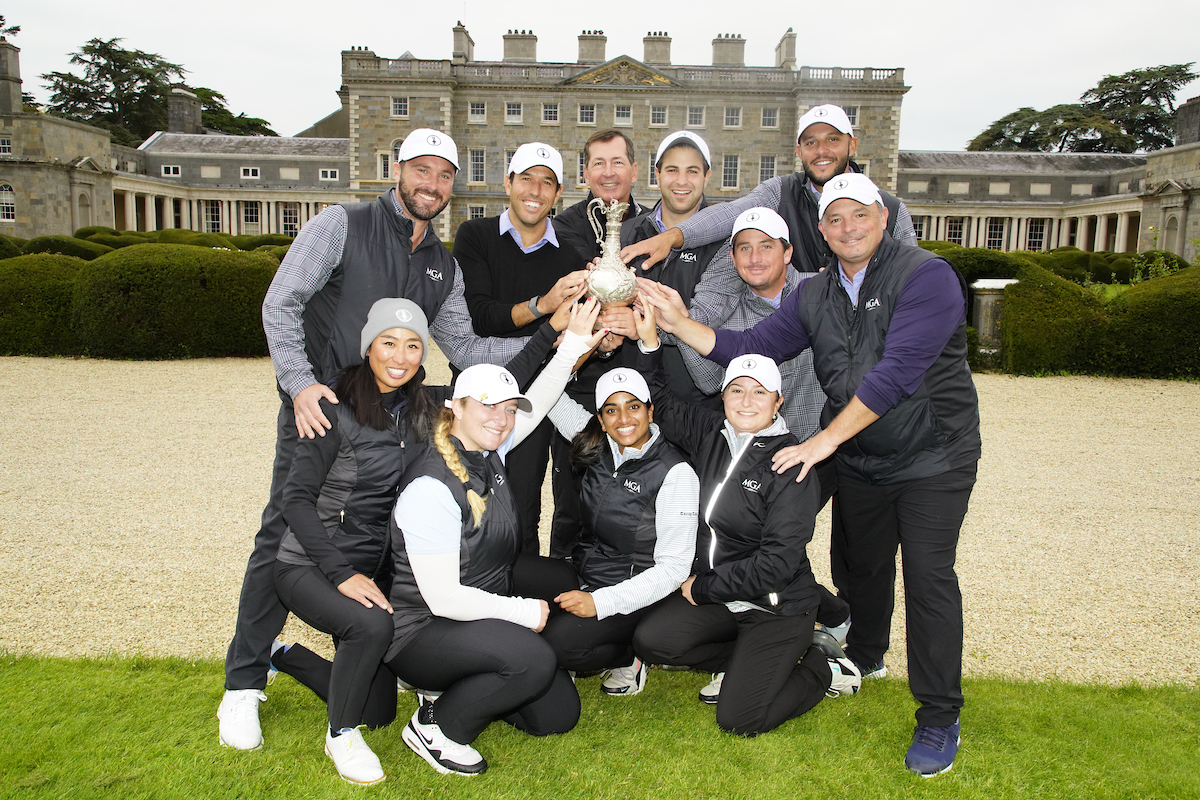 In the fall of 1990, a team of amateurs from the Golfing Union of Ireland came to compete against the MGA. Known then as the first Metedeconk International Challenge Cup, the concept can be credited to Metedeconk National Golf Club founders Richard and Herbert Sambol and perennial club champion and international golfer Finbarr Kiely. The MGA won its first encounter with the GUI, but were not so fortunate when invited to Waterville, Ireland in 1992.

The competition resumed in its present form in 1996 after former New York Governor Hugh L. Carey spearheaded the revival of the matches. Carey donated a silver claret jug which serves as the official trophy to foster commerce between the two countries and to promote sportsmanship and goodwill through friendly competition. Named the Carey Cup, the first installment was held at the spectacular Hudson National Golf Club, where the MGA won back the title. The matches have continued biennially, with six-man teams playing a Walker Cup-style competition featuring Four-ball, Foursomes, and Singles matches at some of the best courses in Ireland and the Met Area. A spot on this prestigious team is one of the most sought-after accomplishments for Met Area competitors.