In 1898, the MGA’s governors voted to establish a championship amateur tournament, an interclub four-ball competition and a handicap event. The first 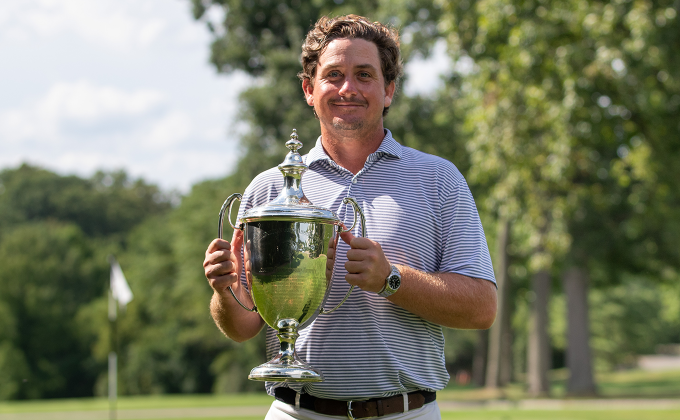 tournament of historic importance was the Metropolitan Amateur Championship, inaugurated the following year. The Met Am, which is rivaled for longevity in this country only by the U.S. Amateur, was contested for the first time at the Garden City Golf Club. The championship plate was donated by H.B. Hollins, with the condition that it be retired after three victories by representatives of the same club, a feat accomplished for the Nassau Country Club by Findlay Douglas (two wins) and Jerry Travers. The subsequent trophy was the gift of then MGA president, Daniel Chauncey.

The Met Amateur immediately set a lofty precedence for quality. Its first two winners, Herbert Harriman (1899) and Walter Travis (1900), also were that year’s U.S. Amateur champions. Two early rivalries—first between Travis and Douglas, then Travis and Travers—established the tournament as an event of national consequence.

The Met Amateur has always been played at match play, with only slight changes to the format over the years. It remains the Met Area’s most important amateur event, a demanding and sometimes grueling test of championship golf with the victor surviving multiple days of 36-hole competition. From Travis and Turnesa to Gardner, Siderowf, and Zahringer, the list of winners is testament to its ability to identify the region’s best amateur.