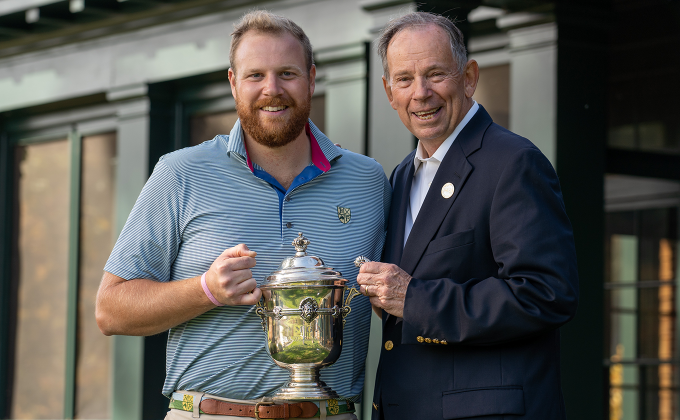 The MGA Mid-Amateur Championship was the first new event created by the MGA since the Carter Cup - MGA Junior Stroke Play Championship in 2003. It was played for the first time in 2007 at Hudson National Golf Club, site of the 2001 Met Amateur, the 2004 Met Open and the 1996 Hugh L. Carey Challenge Cup Matches.

The championship brings together a field of the best 30-and-over golfers* the Met Area has to offer. The two-day stroke-play event is an invitational and players gain entry based on high finishes in selected MGA and Met Area events. The winner is awarded the Westmoreland Cup, named for long-time MGA Tournament Director Gene Westmoreland.
*In 2017 the eligibility changed from age 35 to 30.

*determined by a playoff