MGA involvement with junior golf dates back to its first president, H.B. Hollins, who believed that golf provided the ideal form of recreation and exercise for young men, especially school boys. Leighton Calkins, a member of the MGA 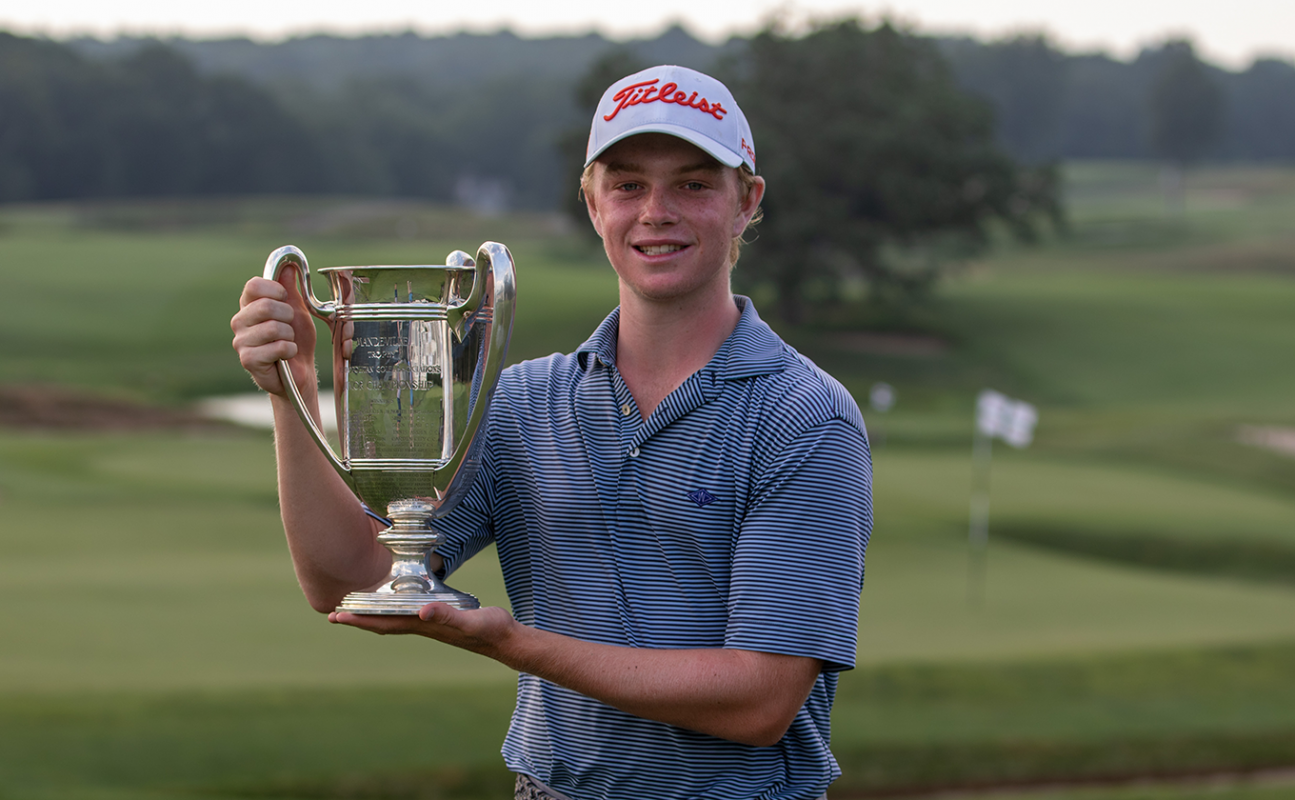 Executive Committee, implemented Hollins’ plans in 1912 and founded the MGA Junior Championship, the oldest such tournament in the country. The Met Junior was held for its first three years at Plainfield Country Club, where Calkins was a member.

Among the many prominent names on the MGA Junior trophy, two stand out: Philip V.G. Carter and Billy Edwards. Carter won the tournament from 1913 to 1915 while successfully competing in open competitions, but disappeared quickly thereafter. Edwards won an incredible five consecutive championships, 1947-1951, at a time when the age limit was 21.

In the 1933 tournament, three Strafaci brothers — Frank, Ralph and Tom —reached the semifinals. Ralph won the title, while his brothers lost in the semifinals. Frank came back to win in 1935. For a number of years, the Junior Committee “was” A. Fred Williamson. A volunteer, he obtained the sites, arranged for the housing of contestants by members of host clubs and insisted on the highest level of sportsmanship. The junior program broadened in 1969 with the addition of a Boys Championship for those under 16 and a Pro-Junior Tournament preceding the Junior Championship, which gave contestants an opportunity to be paired with a local professional and play the host course before the actual competition.

In 1964, Williamson was instrumental in starting an annual international junior competition, called the Williamson Cup Matches in honor of Fred’s father, a founder of Winged Foot Golf Club. Teams of four juniors representing golf associations throughout the Northeast and Canada compete each year. The matches rotate among the associations each August and give top junior players a wonderful competitive and educational experience.

With the start of the MGA Foundation in 1992, the Junior Committee has expanded its role into new areas while still maintaining the highest standards for the Junior and Boys Championships and the Williamson Cup Matches.